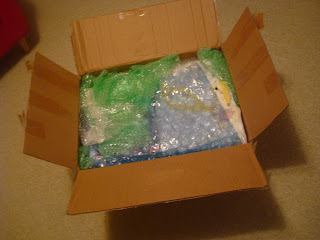 Big ol' box of HK cinema treats came in the post this past weekend. Ms. Mail Lady is now shoveling percoet into her mug to deal with the sciatic pain in her L4 for lugging HK goodies to my door. Sorry, but it's worth it! For me anyway. This box of good stuff came from a blog/podcast friend who owns HARD BOILED RECORDS in Chicago. He's selling off a bunch of HK movie stuffs in anticipation of relocating. So, I just lightened his load a bit. You can find Hard Boiled Records on Ebay here as well as on Amazon. (Don't have a direct link for Amazon. Sorry.) So, go and help a brother out. 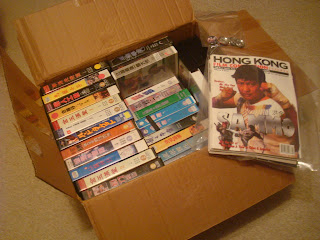 Contents of this wonderful present included 42 HK VHS, 12 Hong Kong Film Connection fanzines, and 6 handmade buttons. I have ALL of the films in other formats but I just have a hankering for VHS. They are difficult to resist. Some of the titles: RED WOLF, SHANGHAI FEVER, ROSE, THE INCORRUPTIBLE, IN THE LAP OF GOD, THE UNTOLD STORY III, BURNING AMBITION, OUT OF THE DARK, WHITE LOTUS CULT, PEDICAB DRIVER, SAM THE IRON BRIDGE, MAGIC CRANE, FATAL OBSESSION, SONG OF THE EXILE, and VENDETTA. 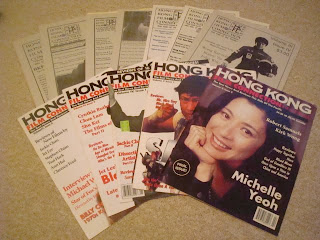 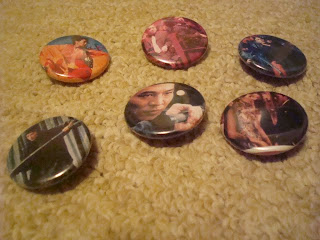 A few buttons from HERO, IN THE MOOD FOR LOVE, and the odd man out, COP ON A MISSION 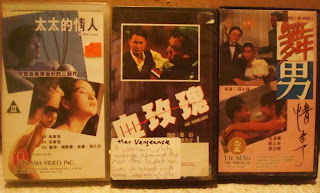 MY WIFE'S LOVER, HER VENGEANCE,GIGOLO AND WHORE II 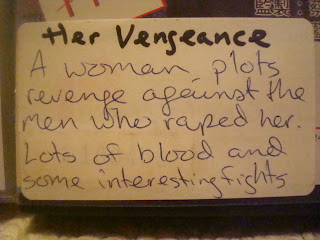 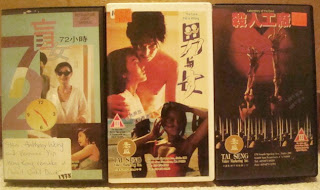 RETRIBUTION SIGHT UNSEEN, THE LOVE THAT IS WRONG, LABORATORY OF THE DEVIL 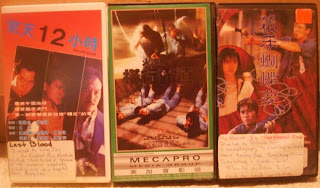 THE LAST BLOOD, JAIL IN BURNING ISLAND, MY HEART IS THAT ETERNAL ROSE 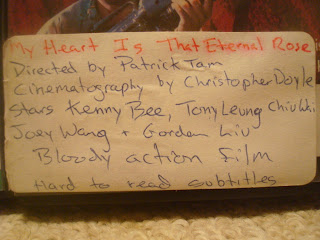 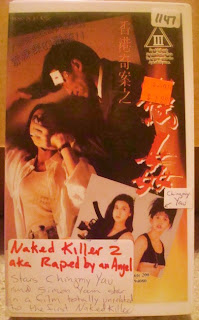 Also in the mix was RAPED BY AN ANGEL aka NAKED KILLER 2. Just as a heads up, Sleazy K and I recorder our NAKED KILLER special last weekend and it should be pounding away on your wax laden ear canals soon. The podcast is a whopper and we cover a ton of CAT III filth, oddly enough, leaving out RAPED BY AN ANGEL?! Don't you fret. I think a RAPED BY AN ANGEL special could be in our podcast future. Why wouldn't it be? 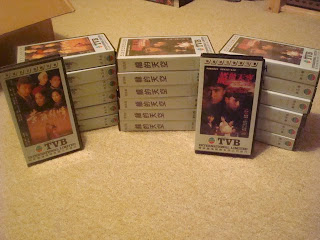 Eureka! Or something like that? Isn't that what Ponce De Leon said when he discovered the Mississippi River? Well, anyway, a discovery! My fiance, Wei, was helping her folks clean out their garage and came across some old TVB VHS that her grandmother used to watch. Lightening struck the three of them and in an instant they thought of me. Why throw them out when they know I collect garbage for a living? 20 VHS of the TVB dramas, THE CHANGE OF TIME, from 1992, starring Francis Ng Chun-yu, Frankie Lam Man-lung, Maggie Siu Mei-kei, and Gigi Lai Chi and REMEMBRANCE from 1994, also with Frankie Lam Man-lung and Kenix Kwok Hoh-ying. They are unsubed so there is very little chance I will ever see them so I will just add them to the clutter. Wei and her folks only finished cleaning out half of the garage so I wait with baited breath as to what wonders the other half holds. Can't wait to hit up that attic as well! 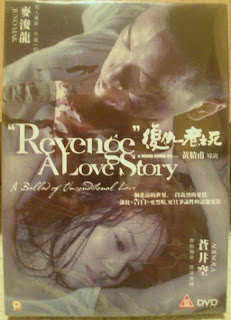 And finally. Wei and I spent a few days last weekend in Flushing's C-town. I hit up the usual spots, now over-rife with bootlegs, but was able to wrangle a legit REVENGE: A LOVE STORY. Directed by the pretentious Wong Ching-po, who also crapped out pretty looking emptiness like AH SOU and JIANG HU (Ok, so FU BO was pretty good, from what I recall?), REVENGE: A LOVE STORY almost achieves credibility with it's familiar heyday CAT III elements, characterizations, and a few tough to watch scenes, but ultimately fails because Ching-po thinks he's an important director and needs to inject art house ineptness to what could have been a creepy dark morality genre exercise. Instead, we get an artsy fartsy morality play that chucks an unsatisfying conclusion at you like a pompous punch in the face. Maddening! Japanese AV star Sora Aoi (No. I don't know who she is? I'm not that much of a pervert!) makes her feature film debut but is given little to do but show a bit of skin and act touched in the head. That being said, she does a decent job with what she is given and is a damn site better than her AV counterpart, Maria Ozawa (Ok. Maybe I do know who Ms. Ozawa is?) in the 2009 Taiwanese CAT III slasher pic, INVITATION ONLY. INVITATION ONLY is a turd. Don't step in it.

Disgust with the director aside, I will marginally recommend REVENGE: A LOVE STORY. Dressed down, this is the kind of film that I wouldn't mind seeing more of. Dark yet sleek, reminding me of the Korean thriller, THE CHASER, the film starts off so damn good, mysterious and dirty police procedural style, before descending into conceit. Check it out. But definitely no rush.
Posted by Kingwho? at Thursday, May 05, 2011