Yo!  It's that wonderful time of the year again where swamp ass and ball soup runs rampant.  But there's good news that will make your undies moist for a different reason.  The 12th NEW YORK ASIAN FILM FESTIVAL is about the kick off once again @ Lincoln Center's Walter Reade Theater.  Check out the line-up right here. 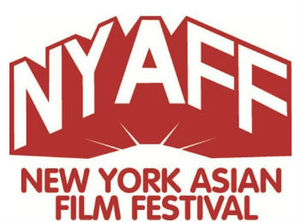 Guesting at the fest is once again way cool for a HK/Taiwan cinema lovin' fool like me as NY welcomes the great HERMAN YAU and his latest incarnation of the story of Ip Man, IP MAN: THE FINAL FIGHT.  HK director ANDREW LAU will also be on hand as the fest will show 2 of his classics, YOUNG AND DANGEROUS and YOUNG AND DANGEROUS II, as well as Wong Jing's 2012 pic THE LAST TYCOON, where Andrew served as cinematographer.  CAT III starlet in the making DADA CHEN, who made pants bulge in last years VULGARIA, will also be there with her new CAT III exercise, HARDCORE COMEDY.  Another of her films, TALES OF THE DARK 1, is the opening night selection, but she will not be in attendance for that film.  If you want to catch a glimpse of her goodies, you best check out HARDCORE COMEDY.

-
The fest has an amazing side bar that is focusing on a little known era in Taiwanese cinema.  The 'black films' era.  These films are mainly exploitation flicks peppered with social issues that the Taiwanese gov't. eventually suppressed due to their dastardly depictions of social realism. Damn you social realism.  How dare you be so real!  Damn you straight to hell!

At the fest will be director HOU CHI-JAN, who made a fine documentary on these films, aptly titled, TAIWAN BLACK MOVIES.  Also, legendary director ULYSSES AU-YEUNG JUN will be at the fest with his 'black films', THE NUDE BODY CASE IN TOKYO aka WOMAN REVENGER and NEVER TOO LATE TO REPENT aka THE FIRST ERROR STEP.  The other films featured in the NYAFF's Taiwan Pulp section are A LIFE OF NINJA, CHALLENGE OF THE LADY NINJA, THE LADY AVENGER aka DEADLY DARLING and ON THE SOCIETY FILE OF SHANGHAI.  SO damn excited to see these films on the big screen.  I recently made a few poster purchases (surprise, surprise) of a few of these 'black films' that just so happen to be playing at the fest.  Check 'em out below. 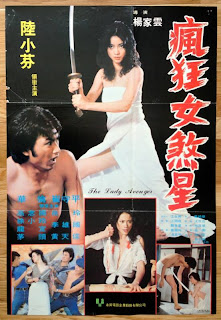 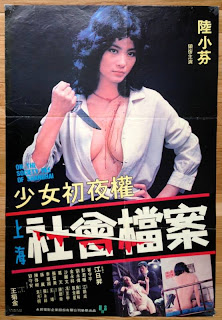 ON THE SOCIETY FILE OF SHANGHAI 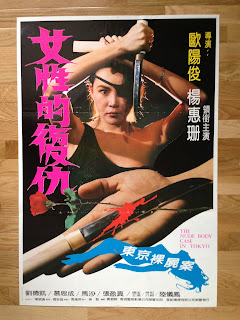 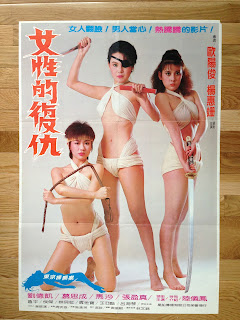 THE NUDE BODY CASE IN TOKYO
- 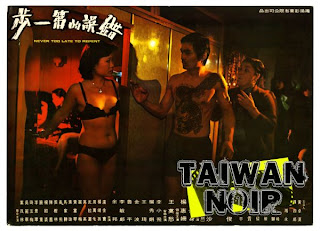 And if that weren't enough, I have made my inglorious return to podcasting as a guest on the PODCAST ON FIRE NETWORK's show, TAIWAN NOIR, episode 8, as host Kenny B and I talk about this years NYAFF, Taiwanese Black Films, and I review the mid 90's Taiwanese turd nugget, FLYING CAR NATION.
-
So, suffice to say that as the fest starts this Friday that I will be quite busy for the next few weeks.  I'll try and make it back to the blog sooner rather than later but, of course, no promises.  Here are the films I plan on seeing this year.  Will I also see you there? 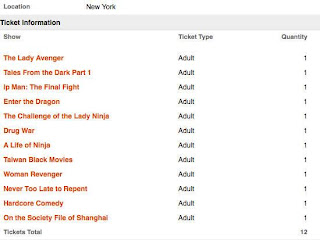