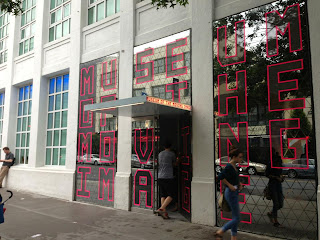 Last night I had the absolute pleasure of seeing the US cut of Wong Kar-wai's THE GRANDMASTER @ The Museum of the Moving Image.  My wife and I saw the original rendering while on honeymoon in HK this past January and dug the film more than not so, with a little nudge, I convinced her to shlep along with me to see it again.  Only this time, Wong Kar-wai would be in attendance. 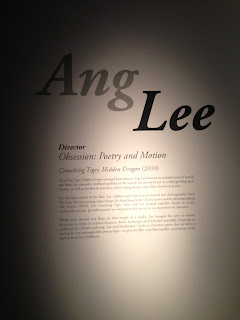 But before the show, we headed to MOMI (Museum of the Moving Image) a bit early as we had only been there once before (a few weeks earlier to catch WKW's CHUNGKING EXPRESS) but were there for the film only and not to take in any of the museums exhibitions.  We were both so very glad we did.  Among a TON of excellent film ephemera was a small exhibition of illustrations and props from Ang Lee's CROUCHING TIGER, HIDDEN DRAGON. 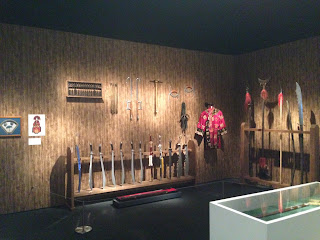 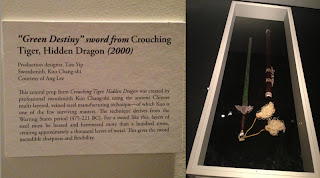 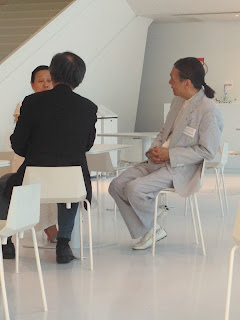 Patrick Lung Kong
-
And now on with the show.  Waiting on line, I saw my old bud, Patrick Lung Kong.  I met Patrick a few years back @ the NYAFF during a Tsui Hark Q&A.  Lung, if you are not familiar, is a very important director of HK's yesteryear and one of his films,  THE STORY OF A DISCHARGED PRISONER, was the basis for John Woo's A BETTER TOMORROW. 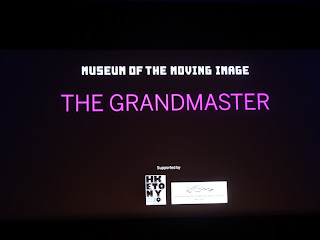 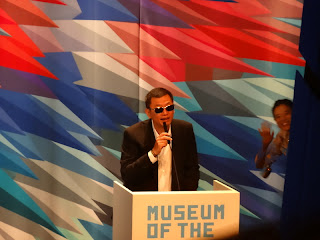 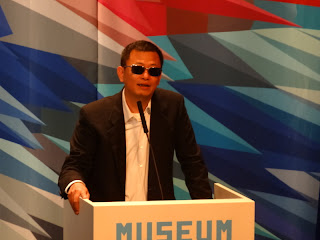 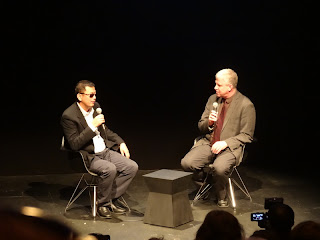 Interviewing WKW was David Schwartz, the Chief Curator @ MOMI.  I saw the two a few years back do an interview session when WKW was here in NY with his ASHES OF TIME REDUX @ the NYFF.  I've been meaning to do a post about that weekend as I was able to actually, albeit briefly, meet WKW and get an autograph.  This time out it was straight up business.  But that was ok.  It was nice to feel relaxed and not all celebrity stalkerish. 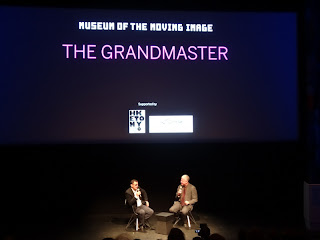 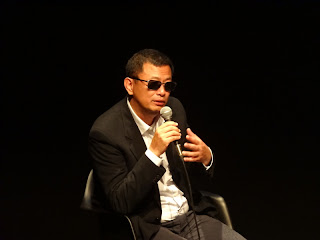 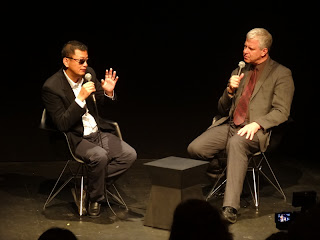 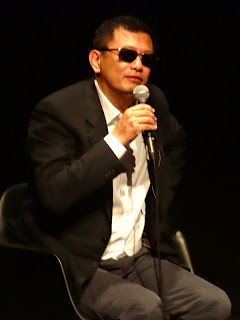 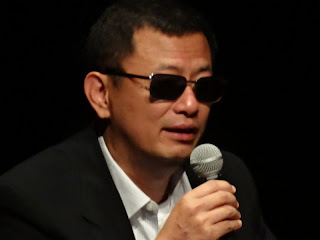 The interview was kinda lackluster but Wong was gracious, funny, and spoke, sometimes at wonderful length, about the film.   As for being a bit leery about having a US cut of the film via Miramax, this edit was actually surprisingly fine.  About 20 minutes were chopped from the original print.  Most people I have spoke to, or articles I have read, point to this being at the reasoning of the 'dumb American.'  OK.  I can see that.  There were a few differences, the 20 minute chop job aside.  The film was mostly at a faster clip with action being in large order.  The drama, most, not all, was forsaken.  Though to make up for this, the film stopped for an on screen written explanation to explain to the dumb Americans that 'this person died' or 'this is why this happened.'  Kind of interesting though certainly not detracting from the film.  A short momentum kill, but totally forgiven. 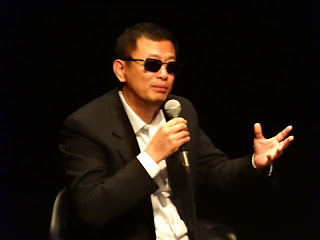 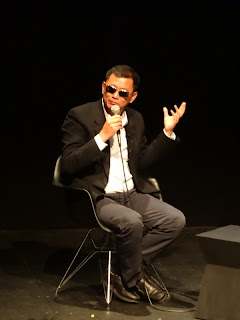 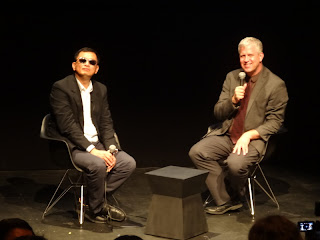 Success!  We really enjoyed the US cut of the film.  Though I would most definitely recommend the original.  Don't be a DUMB AMERICAN!
Posted by Kingwho? at Saturday, August 10, 2013