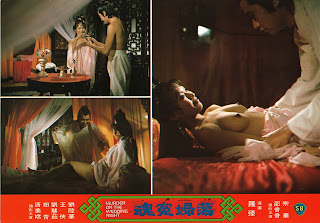 MURDER ON THE WEDDING NIGHT (1977)
-
Ohhhhhhh! Boobies! Though this blog is based upon CAT III films and other tales of ribaldry, this is the actual first post to contain a little nudity. I mostly try to beat around the bush (or, 'beat the bush' as HK film subtitles usually say) in regards to nudity, only alluding to scenes of nekkid people. But, while seeking assistance from a few friends with researching the earliest scenes of HK erotica for a future podcast, a friend of mine and Shaw Bros. enthusiast (nerd), K.W. hooked me up with a few old school lobby cards from his collection while on his search. And he scored nicely. I had a reservation or two about putting these up because of the nudity (Me reserved? Yes, actually. On occasion.) but thought that these images were to good to pass up sharing. Above, is Law Chun's 1977 adult erotic drama MURDER ON THE WEDDING NIGHT. I have not seen it, or even heard of it before K.W. sent it along. Enjoy the rest of the smutty fun finds below. 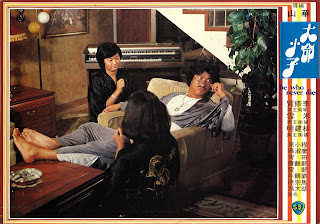 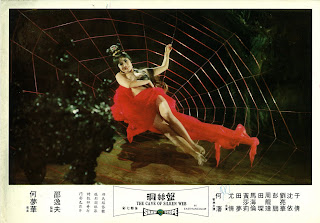 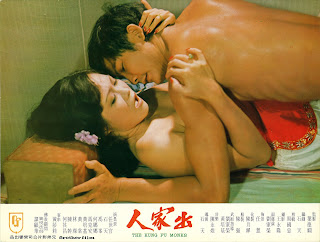 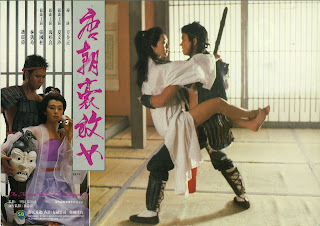 AN AMOROUS WOMAN OF TANG DYNASTY (1984)
-
I first saw this film a few months back while going through a Shaw Bros. erotica phase and was so glad that I did. Eddie Fong Ling-ching's 1984 epic, AN AMOROUS WOMAN OF TANG DYNASTY, has yet to leave my memory. I have only seen the truncated version but I am on the lookout for the full copy. The scene in the lobby card above is my absolute favorite from the film where Alex Man Chi-leung comes to rescue Pat Ha Man-jik from a few bastard swordsmen. See this film! 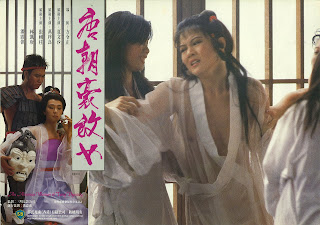 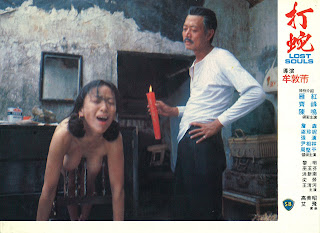 Surely most noted for the films MEN BEHIND THE SUN in 1988 and a sequel of sorts, BLACK SUN: THE NANKING MASSACRE, in 1995, director Mau Dui-fai aka T.F Mous, was a Shaw Bros. genre director in the late 70's and early 80's. He was known to push the envelope with naughty and dangerous exploitation elements, more times than not, peppering the proceedings with some social commentary. The lobby cards above and below, from the 1980 roughie, LOST SOULS, is one such example. The film reels off in the extreme with a ton of nudity and torture-porn violence. It's a tough watch for most, even for me. Dui-fai, as sensationalistic as his celluloid exploits may seem, his images are rooted in realism. Which leads to us squirming in our seats upon seeing his films. 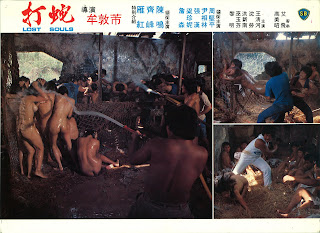 LOST SOULS (1980)
-
Big, big thanks to K.W. for the lobby cards. Keep 'em coming! For more of K.W.'s lobby cards, check out the absolutely great Facebook page, Past Divas of Hong Kong Cinema, where K-dub share his collection and his knowledge of all things old school HK cinema. You'll also find a ton of other great images from HK cinemas past. To my big brutha K.W.! The richest man in town!
Posted by Kingwho? at Tuesday, March 22, 2011