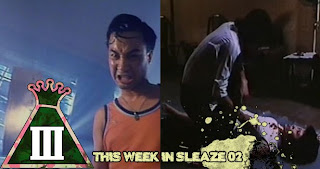 Hey everybody! This Week In Sleaze episode 2 is up and runnin'! Sleazy K and I shoot a 2 1/2 hour juicy nugget into your waxy ears. This week we discuss at length some more CAT III goodness as the 1992 genre classic DR. LAMB is dissected, it's mid 80's predecessor HONG KONG BUTCHER is unearthed and chopped to bits, and we end on a rape and murder spree with our Last Movies Watched segment. K spits and foams about an IFD revenge thriller DEADLY DARLING as I gleefully spin about HK smut obscurity, THE RAPING MURDERER. Download this eventual crust stain right NOW! 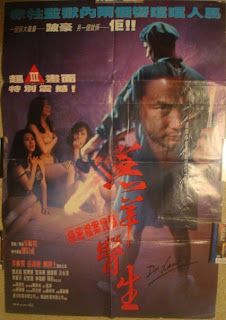 In conjunction with the podcast release, since we spew about DR. LAMB and other Billy Tang Hin-sing flicks, I figured I would throw ya'll a few poster images from a few of my favorite Tang films. The DR. LAMB poster above I bought many moons ago and already in awfully damaged condition. And even this mangled version wasn't so cheap. It came folded, as most HK posters do, and just ravaged by use. It is a poster I hold dear, though, and will hopefully eventually upgrade and then frame. 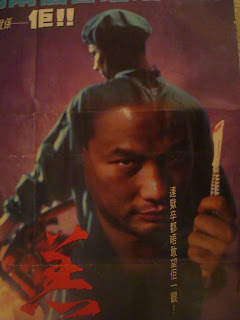 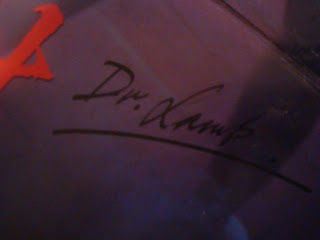 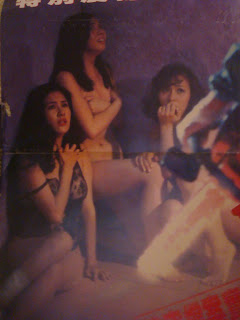 Below is another dogged poster from my collection and of one of my all time favorite HK films, STREET OF FURY. STREET OF FURY is Tang's semi tongue in cheek take on the 'Goo Wat Jai' or YOUNG AND DANGEROUS genre. Released in 1996, the same year as the first 3 Y&D films, STREET OF FURY is just as violent, vibrant, funny, sharp, and edgy as the Y&D films but sadly lost in the muddle. It scrapes and nicks the CAT III genre without taking it into racy extremes. Well, not TOOOO racy. 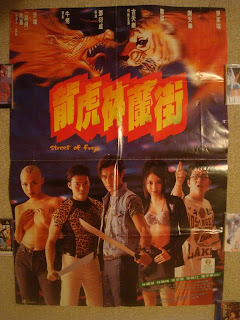 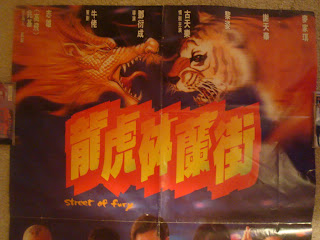 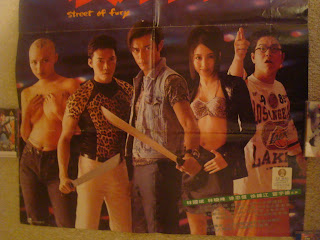 It kinda pisses me off a bit that these posters weren't kept in better condition before I purchased them. But as a 'collector' of sorts and relegated to a tiny apartment, I can definitely see how difficult it is to sustain posters in pristine condition. I am much better off with these crumpled works of art than without them, though. I just love 'em so!
-
Below is a short scene and one of the most memorable ones from Tang's STREET OF FURY. Poor Teresa Mak Ga-kei. I fell in love with her while watching this movie. Unfortunately her career hasn't panned out as I had hoped? Here, you can see how Tang pushes the envelope into CAT III-lite territory as Teresa gets brutalized by some dirty triads. One of my favorite scenes of all-time. Enjoy!

Below is another wonderful scene from STREET OF FURY. A young triad chopper wielding punk, small potato rumble in the streets of HK. Eat your heart out YOUNG AND DANGEROUS!

Click HERE to track back and see the 2 posters I have for my favorite Billy Tang Hin-sing film and one of my top 5 HK films of...yes....all time, RUN AND KILL. Now, git! Go and download This Week In Sleaze episode 2. Light a few scented candles. Pour yourself into a hot bubble bath. Squeeze a dollop of your favorite store brand body wash into your palm. And go down below. Enjoy yourself tonight!
Posted by Kingwho? at Tuesday, March 15, 2011