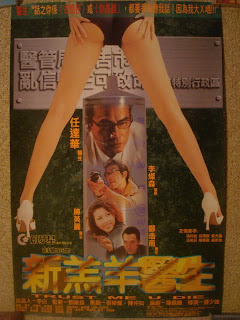 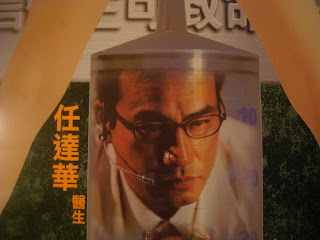 Fun poster for the 1999 Billy Chung Siu-hung directed camp offering, TRUST ME U DIE. Chung has made a name for himself in HK cinema as a decent/hack genre director. Chung seems very inconsistent in his offerings in terms of quality. He can easily employ any genre but as time wasters. Nothing with ballast. Now, that is not always a knock. He has been associated with Wong Jing for some time and has lensed some fine exploitation entertainment since squatting in the directors chair in the early 90's. An early CAT III goodie of his, 1993's LOVE TO KILL, starring Anthony Wong Chau-sang and Danny Lee Sau-yin is a favorite nasty of mine. I have the poster for that film and will get around to putting it up. 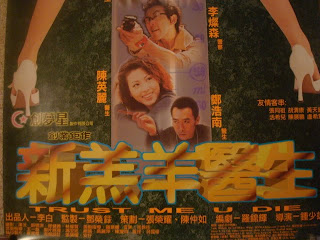 TRUST ME U DIE is one of the oddest HK productions you are likely to see that has genre heavyweights Simon Yam Tat-wah and Mark Cheng Ho-nam chewing it up as old med school chums who chum the waters of good taste as they reunite for some abhorrent behavior. The film appears to be a pastiche of genres that mixes the finer exploitation elements of heavy handed melodrama, off the wall comedy, and the forcible touching of the best that CAT III films have to offer. The film is only rated IIB but could best be described as Category III 'lite.' 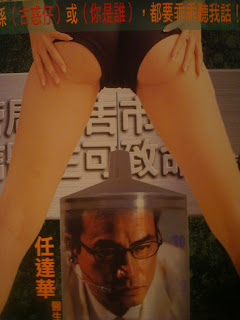 How's bout a little hot Yam injection?
-
The film lovingly pushes the boundary of shit taste and for me is a winner, especially in it's time and place in HK cinema. Made well down wind from the height of HK CAT III exploitation films, TRUST ME U DIE is a trip back to the future of the warped mind that used to inhabit HK's hey day cinema.