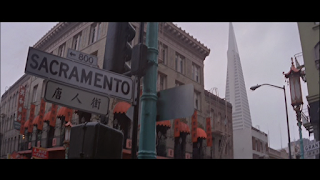 Alrighty. Back to the HK/US film locations. Earlier this year, Wei and I were in San Francisco. So, she humored me and came along as I visited a few locations where HK films had been shot. A few months back I posted a location from the cool Billy Tang Hin-sing/ Jet Li/ Stephen Chow Sing-chi/ Dick Wei film DRAGON FIGHT and a few locations from the opening credit sequence of the Chang Cheh/ Alexander Fu Sheng film CHINATOWN KID. I intended to put all of the locations up soon after my trip was over but I got side tracked with, among other things, the laziness bug. So, I'm back. And here are some more locations from CHINATOWN KID.
-
Above is another shot from the opening credit sequence. It was taken on the corner of Grant Ave. and Sacramento St. in San Francisco's Chinatown. You can see the Transamerica Pyramid rising in the background. Above photo is circa 1977. The below pic is of the same location, taken this past spring, 2010. 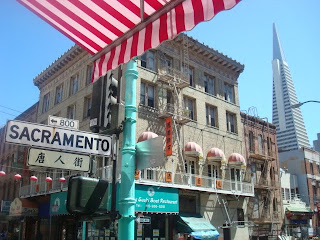 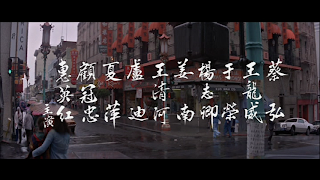 The above and below pic are of the same location as the two pics above, the intersection of Grant Ave. and Sacramento St. This pic focuses a bit more down Grant Ave. The building directly across the street looks exactly the same today as it did in 1977. Though the orange window awnings look to have taken a beating from exposure, leaving it a victim of passing time. And though the style of sign looks to have been changed throughout the years, on the left side of both pictures you can still see a vertical Bank of America sign. 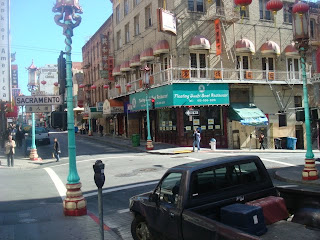 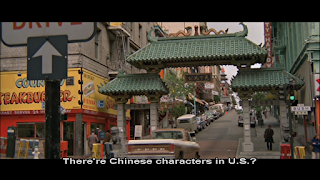 Yes, Fu Sheng. There're Chinese characters in U.S.? The famous Chinatown Gate is featured above and below. 33 years apart. This is the beautiful gateway to Chinatown, situated at the intersection of Grant Ave. and Bush St. Depending on the time of day, it is usually mobbed by tourist taking pictures non-stop. And Wei and I were guilty of that as well but we woke our lazy butt's up early to get a jump on the picture snappin' Asian tourist-like crowd....and the thrush of HK movie morons like myself who were visiting HK/SF film locations. Because i'm sure I wasn't the ONLY idiot doing it? Right? 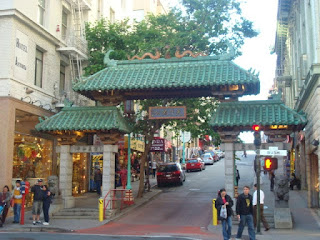 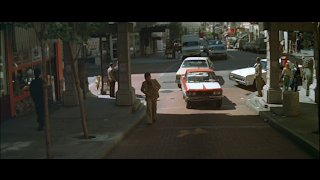 And finally passing through the Chinatown Gate, we enter into C-town. As you can see, so did Fu Sheng. Walking up through the gate, Fu Sheng looks snazzy in his Springtime duds. The same area is pictured in the two photos below. In the second photo you can see my finger pointing to the path tread by Fu Sheng. I'm a bit of a dope. 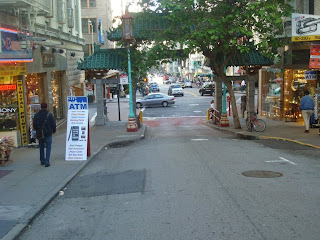 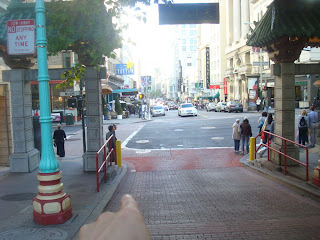 I believe that should be it for the CHINATOWN KID location pics. As Shaw Bros. flicks go, 99.9% of the action takes place on a sound stage/set. So, outside of the opening sequence and maybe an establishing shot or two, there weren't many places to visit. But, I still have location pics for ALAN AND ERIC: BETWEEN HELLO AND GOODBYE, SAUSALITO, and one or two from THE WESLEY'S MYSTERIOUS FILES. I would like to get them up before the years end. But, as you should all know by now....say it with me.... I'M LAZY!!!!
Posted by Kingwho? at Thursday, October 21, 2010