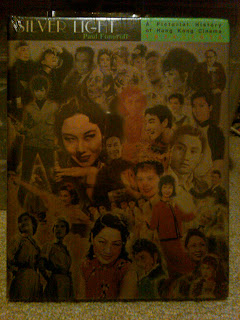 So, work has been a bear this past week and i've been lazier than usual. Trying to catch up on some zzzzz's and really don't feel like posting anything heady. I have more HK/US film locations to post as well as my final day at the NYAFF, which was way back in July!? Damn! I AM lazy. I also have a butt load of HK posters to throw up here. I'll get to it. Eventually. So as I sit here nursing my evening energy drink, I've decided to post some quick and easy nonsense as part of my Monday Moo Shu, ie. Kingwho? is a lazy so and so! Above is a pic of HK film critic Paul Fonoroff's rare book Silver Light: A Pictorial History of Hong Kong Cinema-1920-1970. The book was sold to me (for a rather meager paypal transaction fee) by a buddy of mine, Glenn, over at the ever readable A Pessimist is Never Disappointed blog. I have yet to tear into the packaging, sit, and enjoy the book but I plan to do so soon. Thanks again, Glenn! 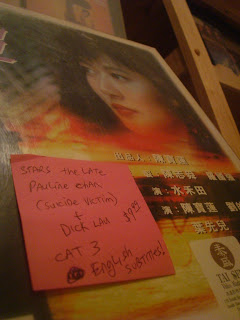 I dislike reading film reviews, so in general, I don't. Even my own. It's all diarrhea of the mouth and who the F are you to tell me what you think and how I should think? And are you really going to tell me about the whole f'reakin' movie?! Really?! I much prefer to read a quick note or bullet review on a film. Nudge me in the right direction and let me take it from there. Above is a post it note I found on a laser disc I purchased from Ebay. It's from the CAT III Pauline Chan Bo-lin film, A SUDDEN LOVE. The film is quick and painless and has it's fair share of CAT III T&A, plus a very relaxed and assured performance by Pauline. She looks wonderful here and is even fully clothed until the very end! Anyway, this pink post it note sports my kind of review: A SUDDEN LOVE stars a deceased nudie starlet, a guy named Dick, has English subs, and is CAT III! Sold! 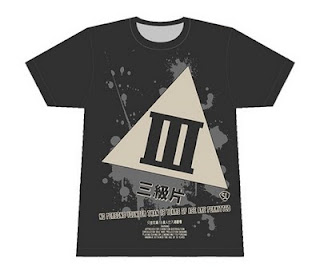 Pictured here is one of the coolest items of clothing you are bound to see. Anywhere. Ready just in time for Bullets Over Chinatown's fall fashion week, Brian over at Shelf Life Clothing has rubbed one out for the fans. A limited edition CAT III beauty of a T. I'm not sure if this will be available to the general, non CAT III lovin', population? Best thing to do is click on over to Shelf Life Clothing and hit up Brian. He's a swell guy. Pick up a cart full of his other kick booty clothing to butter him up a bit. I plan on at least buying 2 of these bad boys as I fear that one of them will end up rather sticky? Or bloody? Or both?

The man, the myth, the King of CAT III himself, Sleazy K from So Good Reviews, branches out with the video review site, Sleazy K's Video. Sleazy K had a messy break-up with that bitch whore Youtube.com, and took his goodies elsewhere to pimp out to the sticky floor crowd. Now, with his own site, K offers up dirty ass video reviews as companion pieces to his great smut write ups from his main So Good Reviews site. It's a CAT III lovers wet dream! Sleazy K's is open for business, so come on in! Just remember to clean up after yourself. If you don't have a tissue, then use a sock. 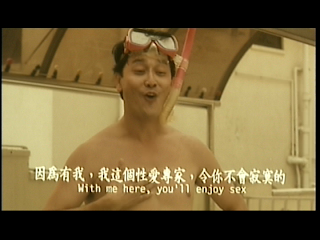 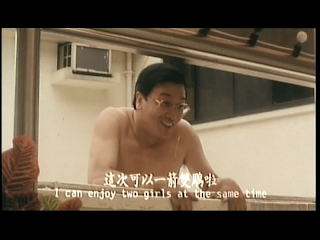 "I can enjoy two girls at the same time" 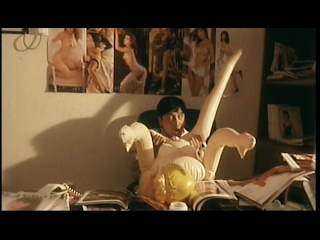 THE LOVE THAT IS WRONG (1993)
-
Charlie Cho Cha-lee bides his time while waiting for his limited edition CAT III T from Shelf Life Clothing. Oh Charlie! You're incorrigible!
-
The below video is a great sequence from the wonderful 1999 Riley Yip Kam-hung film, METADE FUMACA. The film comes highly recommended and is chock full of notables. The video here shows my second all time favorite sequence in a HK film. The first being the tea house shoot-out in John Woo's, HARD BOILED. I remember rewinding this sequence numerous times and just gushing in wonder. Set up like a music video and set to the catchy Brazilian flavored tune, Refazenda, by Gilberto Gil, the scene lovingly flashes back to the HK triad scene of the 70's and pits Stephen Fung Tak-lun vs. Sam Lee Chan-sam. Also lookout for appearences by Vincent Kok Tak-chiu, Tony Ho Wah-chiu, Jessica Chan Pooi-wa and Cheung Tat-ming. Enjoy!