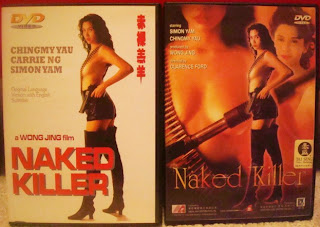 Zzzzziiiippppp! That's the beautiful sound of jeans unzipping in anticipation of our NAKED KILLER episode of This Week In Sleaze! I don't know the sound button-fly jeans make when they are unencumbered so I went with what I know. OK. Lotions at the ready? Check! Gird your buttocks, folks, click on over to Podcast On Fire Central and download this glorious wet stain of a podcast. 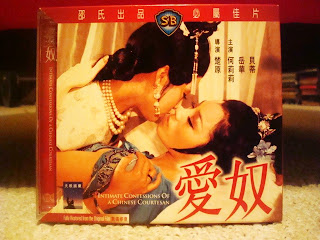 Without going into too much detail, Sleazy K and I connected a few dots between the exceptional Shaw Bros. classic, INTIMATE CONFESSIONS OF A CHINESE COURTESAN, and it's early 90's CAT III update, BARE NAKED CAKE GOAT aka NAKED KILLER. We will most definitely curl back up with 'INTIMATE CONFESSIONS' as we continue to go back to the future in upcoming podcasts, examining the messy birth of erotica in Hong Kong skinema.

We get on with things by discussing some of the major players that make up this dirty genre classic. Simon Yam tat-wah, Chingmy Yau Suk-ching, Carrie Ng Ka-lai, Yiu Wai, Hui Siu-hung, Sugawara Madoka, Ken Lo Wai-kwong, Clarence Fok yiu-leung, Peter Pau Tak-hai, and the Shlocky King of HK Cinema, Wong Jing, are all given their propers. Sleazy K and I also touch upon a bunch of other movies in this episode, mostly just grazing the tushies of these films, not really digging our fingertips into their cottage cheese-like flesh, as to not leave fingerprints. A few of the flicks we banter about are.....

HER NAME IS CAT, THE BLACK PANTHER WARRIORS 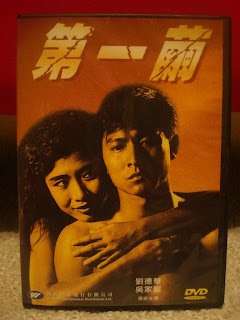 THE FIRST TIME IS THE LAST TIME

REMAINS OF A WOMAN, LEGAL INNOCENCE 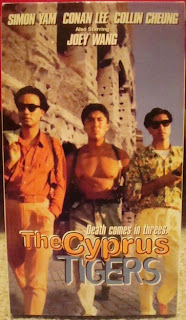 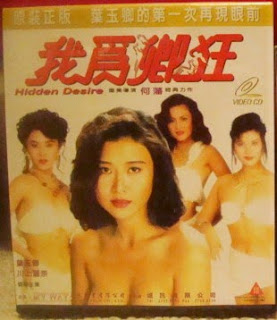 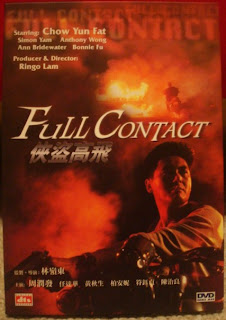 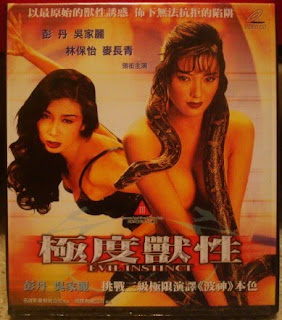 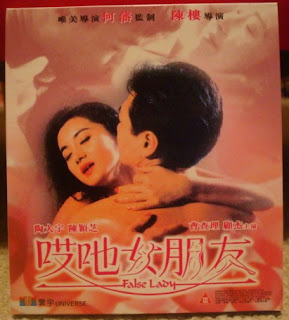 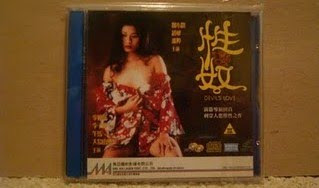 As always the case with our sleazy broadcast, we bring up the rear with our 'Last Sleazy Movies Watched'. This go 'round, K bangs about gleefully on the cut and paste HER FATAL WAYS CAT III clone, DEVIL'S LOVE. Way back when I also posted about this enjoyable mish-mash exercise. And Ken and I concur. It's silly, dirty fun! Revisit those posts HERE. 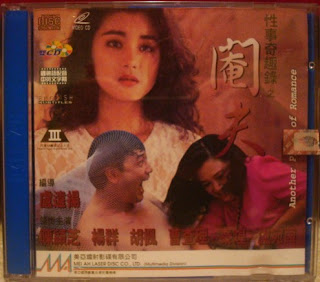 ANOTHER PIECE OF ROMANCE

Ahhhh.....the infamous Chingmy Yau/NAKED KILLER promo shot. Taken from behind!!!! Sleazy K relives a little of his youth as he reminisces about this very pic. And another piece of the Sleazy K puzzle falls into place.....

It's a 2 1/2+ hour doozy of a dirty podcast. Download it HERE and let the lovely Mary Palm and her 5 sisters lend you a helping hand as the soothing sounds of This Week In Sleaze carry you off into ecstasy.

*** Special thanks to John Charles, author of the indespensible HK film review manual, The Hong Kong Filmography, 1977-1997: A Reference Guide to 1,100 Films Produced by British Hong Kong Studios. John is a great supporter of the podcast and was able to pass along this gem on Peter Pau Tak-hai and the film, NAKED KILLER, "I had a chance to speak with Peter Pau back in 2000 and asked him (among other things) why he is credited in the trailer for NAKED KILLER. He said he shot the original footage for the spot (which I love) as a favor to Clarence Fok. Pau feels that he would not have a career if not for Fok, who hired Pau to serve as DP on THE GREATEST LOVER at a time when Pau could find no work in the industry and had pretty much given up (he didn't go into details, but I get the impression that shooting THE LEGEND OF WISELY was not a pleasant experience). The film was a hit, prompting Wong Jing to use Pau as DP on GOD OF GAMBLERS and his career was right back on track."

If you don't own John's book....well....then you really aren't a fan of Hong Kong cinema, now, are you? Don't despair, you can order a copy right HERE. Also, check out Johns old HK film website, Hong Kong Digital. It's another wonderful site for referencing HK films. Thanks again, John!
Posted by Kingwho? at Wednesday, May 18, 2011