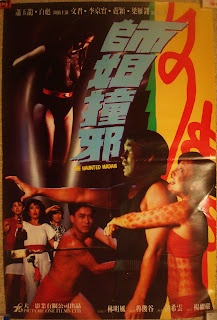 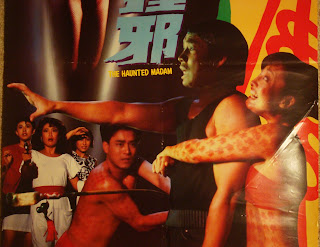 Back when HK cinema bred invention by lack of pocket book, movies like the 1986 spooky kooky action comedy hybrid THE HAUNTED MADAM were part an parcel the energizing efforts that made the west take notice.  For me, anyway.  For all of the straight up Jackie Chan rope ladder stunting and John Woo double fist pump blazing, there were a ton of wonderfully odd marriages of genre.  Like this film. 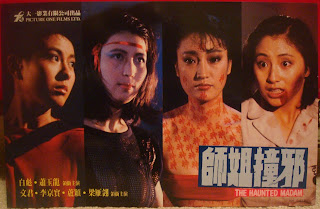 As the story goes, 4 comely lady coppers visit a fortune teller who relays their unfortunate fate.  And as the stars of the film usually pan out until the end, some of these lovely little Indians actually meet their maker.  Sometimes in brutal fashion. 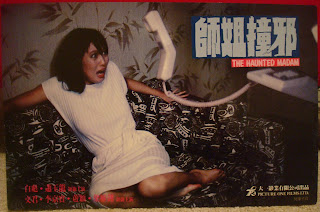 As I'm hard pressed for dialogue these days I'll let the pictures do the talking.  I've been lucky enough to grab a hold of this great films theatrical poster and lobby cards.  The poster came straight outta HK but the lobby cards came from north of the border.  No, not Shenzhen.  My border.  Canada.  The great white tundra.
Enjoy! 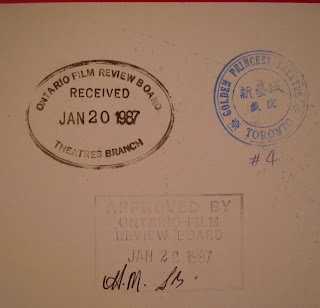 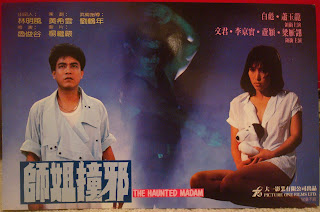 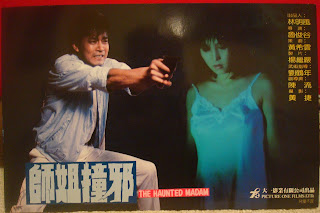 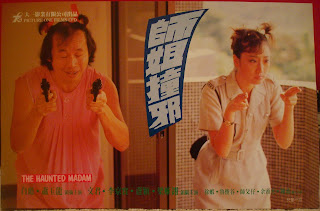 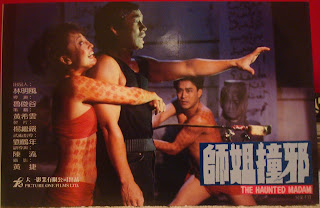 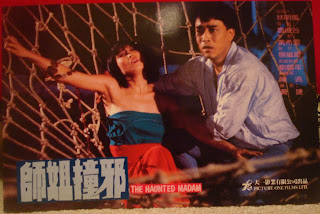 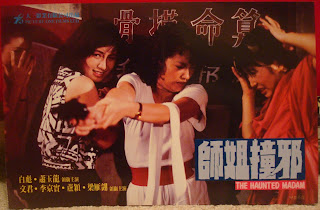 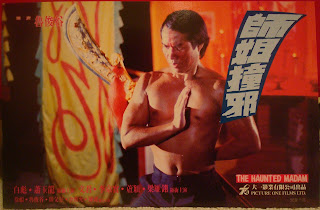 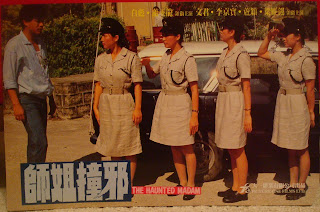