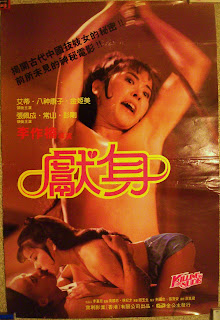 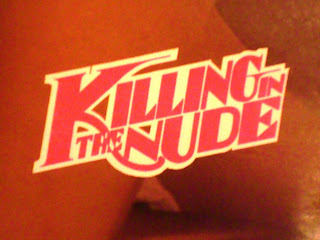 Salacious title, OK film.  But it has naughty bits, so we love it anyway.  Director Lee Tso-nam might be more recognized for some of his more bizarre Taiwanese films from the late 80's (KUNG FU WONDER CHILD, MAGIC WARRIORS, and MAGIC AMETHYST) than his cheapo 'chop-socky' exploits from the 70's, but his decent little number finds a home somewhere in between.  Mixing vagina and vengeance, but mostly vagina, KILLING IN THE NUDE is a meager success and a worthy precursor to the period piece CAT III films from HK in the early 90's and a direct descendant of the sensually pleasurable nudies from the Shaw Bros. studios in the 70's. 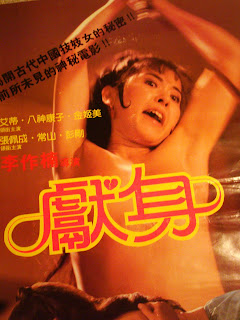 The movie boast Shaw Bros. vamp, Ai Ti, as the main attraction but it's Kim Gee-mei as Orchid and Yagami Yasuko as Orchids kid sis, Hao Hao, who really get to sex and sin it up in the pic.  KILLING IN THE NUDE  is a lady avenger flick that my kick-ass poster makes look a lot better than it is.  It's still a fun period (who knew periods could be this fun?) romp that, after wading through hokey drama and a few fleshy scenes, lives up to it's title in the end.  Yowza!
Posted by Kingwho? at Friday, November 04, 2011