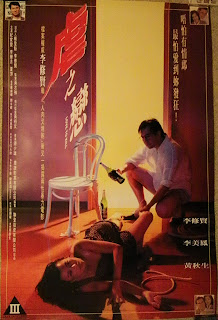 LOVE TO KILL (1993)
-
Anthony Wong Chau-sang F's things up once again as he don's his early 90's scumbag pants and terrorizes his poor wife in the appropriately inappropriate nasty roughie gem, LOVE TO KILL.  Figured I would post this on Halloween as this is a horror story of a different kind.  No masked men with machetes.  No hopping vampires or ghosts and goblins.  This madman operates in plain sight. 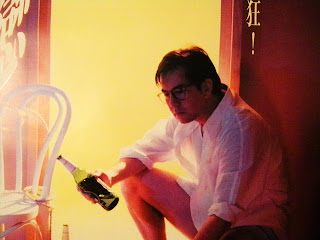 Wong's socio/psychopathic persona is solidified in this role as a jealous wife beating/raping/torturing piece of shit.  Directed by Wong Jing buddy, Billy Chung Siu-hung, who has had a middling career for the most part but has outlasted his peers and continues to direct at least half way decent efforts to this day.  Watching LOVE TO KILL, you can see that Chung is more than capable a director.  The CAT III flavor of the day is ever present as filth and silliness permeate the film, punching up a bit of pop pathos. 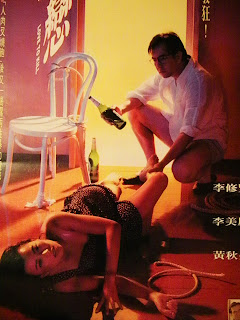 Cop of the town, Danny Lee Sau-yin, dons the badge again as copper with a cool name, Fire Ball Hung.  Bad ass moniker aside, he's a cop with a heart of gold (and maybe some sexy ulterior motives?) as he takes in the tormented Elizabeth Lee Mei-fung, the battered wife of Wong, and their young son.  This doesn't sit well with Mr. Wong and he plans on getting his family back by any means necessary.  CAT III sexpot Julie Lee Wa-yuet also stars and plays Lee's grating girlfriend. 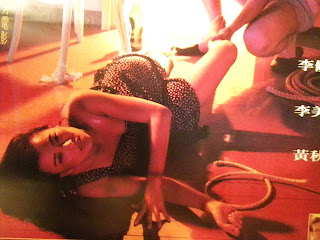 LOVE TO KILL is one of those uneasy/queasy misogynist CAT III films from the salad days.   Kinda lost in the shuffle of nastiness but undeservedly so.  It's real life horror, and all of the rape, torture, and murder aside, there is one particular scene that disgusts me more than the sadism excess that is shown throughout.  Early on in the film, Wong and his missus are eating at a dai pai dong.  Wong thinks that his wife is making eyes at a man across the way and proceeds to violently pinch her leg under the table.  To keep her in line and claim his ownership.  Mark his territory.  I feel that pinch.  And it F's me up every dang time.  Who the F does something like that?  The bloodletting puts the asses in seats and plays well on screen but something so simple yet violent as a pinch is the most shocking image.  For me anyway.   The caveman ideals of Wong's domestic violence is real life horror.  Plain and simple.
Posted by Kingwho? at Monday, October 31, 2011