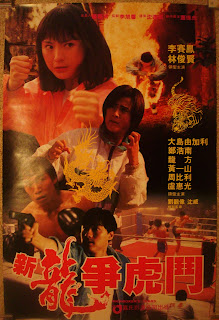 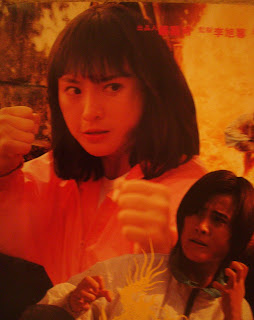 Sleazy K and I are planning an upcoming This Week In Sleaze show centered around the shit heel exploits of Billy Chow, namely in the classic films, ROBOTRIX and ESCAPE FROM BROTHEL.  Hopefully that podcast will come out sooner than later.  But the hub-bub of my upcoming nuptials and the fact that I'm too dang lazy to put in any research time probably means later than sooner.  And to further my laziness for ya'll, instead of throwing together  a cheesy little Bullets Over Chinatown video for KICKBOXER'S TEARS, I decided to post some Youtube clips of the film.  Laziness is next to godliness.