Odds and Ends. A Few New Friends. And Chapman To. 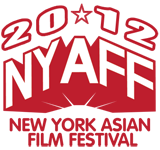 Okey dokes, ya'll.  I've been pretty much lying dormant for a bit.  Trying not to go CAT III on my mortgage broker.  The RUN AND KILL kind of CAT III.  Not the Charlie Cho kind.  Ha!  She wishes!  So as the temps flare up outside and my ire is raised as I wait for the closing date on my house, I was in need of a brief respite.  And it's that time of the year for my annual ritual, the NYAFF-2012 Edition!  You can check out the site and schedule here.  I'm going to a bunch of shows and maybe in the coming days or weeks I'll elaborate more on the fest.  Maybe.  I just can't be arsed to go about it in depth like I used to. 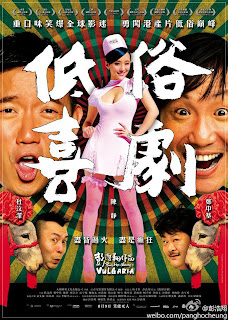 VULGARIA
-
Anyway, this past weekend at the fest was a success as I checked out a few excellent films, including the Opening Night flick, Pang Ho-cheug's VULGARIA.  And true to it's title,  things do get vulgar.  It's has yet to be released but when it does, it's a must to check out.  It is one of Pang's best.  Outside of the fest proved cool too boot as I also met a few new goodfellas that I've only known through social media.  I've added two new blogs to my sidebar so check them out.  The first being Planet Chocko Zine and Unseen Films.  A few nice guys that I'm looking forward to getting to know better. 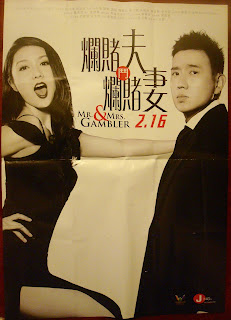 MR. & MRS. GAMBLER
-
On a recent HK movie quest in Brooklyn Chinatown (that story in FULL is a planned blog post for the future.) a shop keeper that I've become acquainted with set aside a few HK movie posters for me.  Nothing groundbreaking.  New HK movie crap, which is exactly what it is.  Crap.  Upon returning home and unfolding poster after poster I noticed a trend.  That of freakin' Chapman To on every poster. 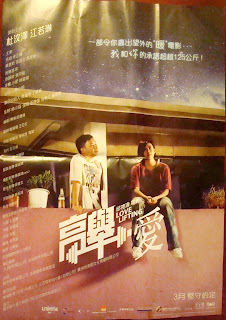 LOVE LIFTING
-
It struck me as a bit funny as I have recently been seeing a bunch of To films ( he's also in VULGARIA) and came to a silly little conclusion.  Chapman To is the new Eric Tsang.  Eric Tsang's work ethic is something to admire and he now not only rears his head in local HK productions but seems to also be a commodity in Mainland garbage as well.  While To has only dipped his toe into Mainland shite, his local film output is beginning to rival the old timer Tsang.  As per the HKMDB (which we ALL know is infallible) Since 2010, Tsang has starred in 25 films.  To, rivaling that output with 22 in the can. 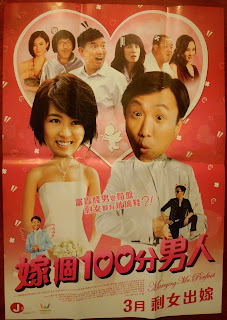 MARRYING MR. PERFECT
-
And look!  It's a poster featuring both Eric Tsang AND Chapman To.  Tsang has padded out his stats throughout the years by staring in his fair share of shit films and, by the above posters, To is well on his way to achieving Tsang's filmic stature.

And, I would be remiss if I didn't mention that today is the 15th anniversary of the Hong Kong handover.  !5 years of unease, unrest, and questionable cinema.  Cinema the least of Hong Kong's problems.
Posted by Kingwho? at Sunday, July 01, 2012