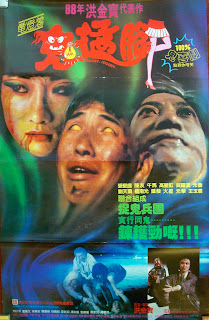 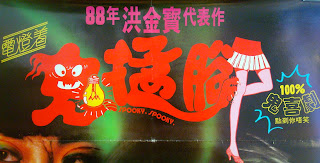 Would you believe I have never seen SPOOKY, SPOOKY?  Well, I don't believe it has any dirty pillows on display so maybe it's not a stretch.  But that's not being fair to myself.  I'm not a total perv.  I of course watch more than CAT III films.  And this one is in the ever important 'to-watch' stack.  Below the CAT III's, of course. 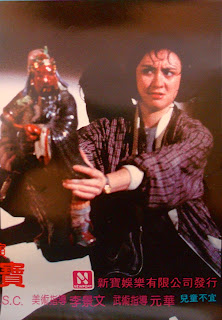 Anyway, SPOOKY, SPOOKY is a HK ghost comedy.  The ghost comedy is the kind of high art that I do believe only HK did best.  Back in the heyday it was one of their niche markets.  And this one was directed by the great Sammo Hung kam-bo!  It's true! 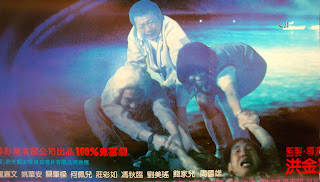 Sammo stays behind the camera for this effort but a bit of the old nepotism shines it's lovely face in the form of Ms. Sammo Hung, the WOWZA YOWZA Joyce Godenzi.  That's reason enough to run this one down. 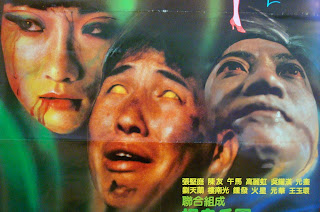