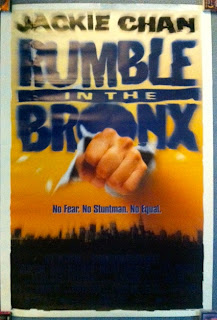 Leave it to U.S. distribution companies to shit on a foreign film with lazy advertising.  Jackie Chan's RUMBLE IN THE BRONX was his re-entry into the territory so you would think that a nice, big, happy Jackie mug, big ass schnoz and all, would adorn ALL of the films adverts.  Negatory, good buddy.  The poster above only shows his fist.  Is it even his fist?  Maybe his schnoz was too big?! 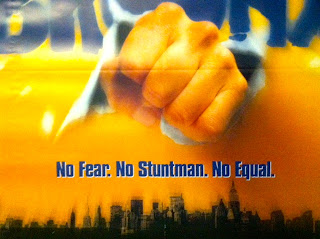 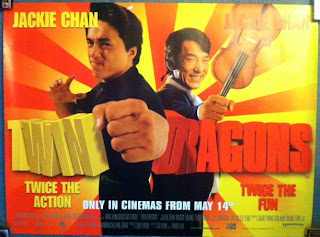 Ok.  This one is a tad better. It's still shit, but it actually has Chan attached too 'his' fist.  And two Jackie's at that!  By the by, TWIN DRAGONS happens to be my most favorite JC flick.  You can keep your DRAGONS FOREVER and MEALS ON WHEELS.  TWIN DRAGONS is where it's at.  I'll save my reasoning for a sooner rather than later date, as my blogger/Facebook buddy A Hero Never Dies, has undertook quite an endeavour, polling other friendly bloggers on what their top 10 favorite HK films are. My list has been submitted and you'll all soon find out.  Hint:  there are CAT III movies on the list. 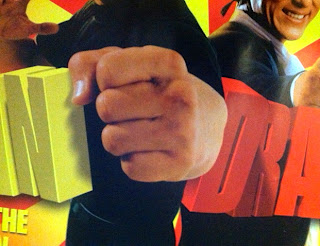 And once more.  Jackie gives us the fist! 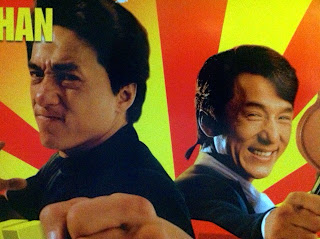 Bullets Over C-town toilet humor:
Jackie, before and after a nice stool.
-

Meh. Sometimes they land. Sometimes they don't. Anyway, to check out your friendly bloggers top 10 favorite HK films, head on over to AHeroNeverDies.  Some great picks among the lot. Scroll through and see if your faves made the cut. -
- 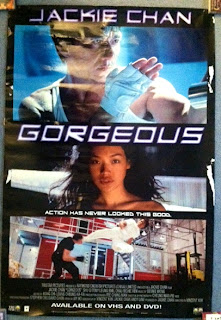 I still remember when JC's GORGEOUS debuted on cable.  It was a six pack Natty Light night.  I was already pants down into Shu Qi and just couldn't wait to sit, watch, and wonder what my life would be life with her.  She's such a super lady.  Only outclassed by a-one Ms. Maggie Cheung.  And Ms. Cheug is in TWIN DRAGONS!  Score!  In that electric blue wig.  Yowza!  Nom nom nom nom nom. 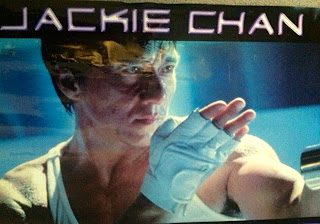