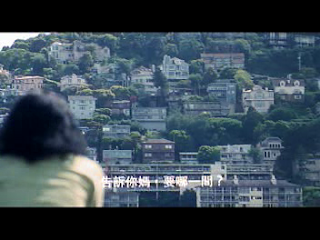 The next film I'll be giving the US/HK film location treatment to is Andrew Lau Wai-keung's 2000 romantic comedy, SAUSALITO, starring my lover Maggie Cheung Man-yuk, Leon Lai Ming, Eric Kot Man-fai, Richard Ng Yiu-hon, and Suki Kwan Sau-mei. I have quite a few pics of a bunch of locations I visited on my last trip to SF so I will be breaking them up as I get a bit pissy when my posts are toooooo long. I don't like reading long posts so i'm trying to make a conscious effort to keep my posts a reasonable length.


-
The back of Maggie Cheung Man-yuk's noggin' (insert dirty joke about me seeing the back of Mags noggin')can be seen in the above pic as she looks out upon a picturesque hillside in the city of Sausalito. In the film, not much time is spent in this gorgeous area just north of The Golden Gate Bridge, but it is where Maggie's character dreams to settle down. Below is a pic of the same hillside full of homes that Maggie is peering out over. This pic was taken on my first trip to SF, back in the spring of 2008. 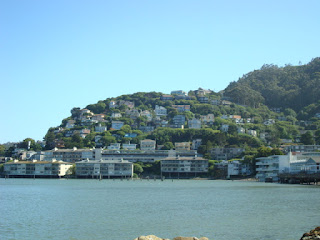 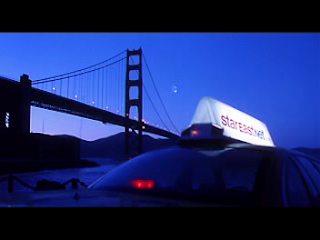 The next pic is an obvious one to spot, even in the pre-dawn hours as pictured above. The scene: after a night of drinking, Maggie and Leon have just done the deed in the back of her cab. As the sun rises, we see Maggie's cab parked at the Fort Point National Historic site. Wei and I visited the area while on the San Francisco Movie Tour, this past spring. The tour comes highly recommended and it was a lot of fun. Incidentally, Fort Point was also used in the Alfred Hitchcock film, Vertigo. If you look at the below pic (because it's brighter) you can see Fort Point on the left hand side of the picture, below The Golden Gate Bridge. In Vertigo, Kim Novak takes a header into the water and Jimmy Stewart jumps in and saves her. That scene was filmed here. Just one of the film nuggets provided by the San Francisco Movie Tour. 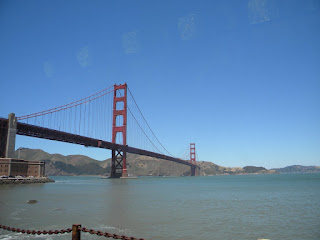 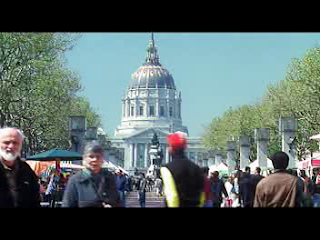 The next two pics are of the San Francisco City Hall and the Heart of the City Farmers Market. After Maggie and Leon meet for another tryst, this time at his work space (pictures coming), Mags does the walk of shame through the Farmers Market. Above is a nice shot of City Hall in the distance and below we see the back of Maggie, again, as she tramps through the market. 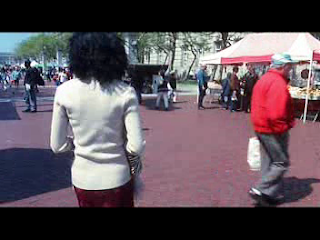 Below is a two for one shot as you can surely make out City Hall in the background as I stand in the Farmers Market and snap the pic. You can see, there appear to be more vendors at the market now than ten years ago. Also check out the spherical lights that run the length of the market on both sides in the pic below. They are more appealing than the box-like fixtures from the above pic from 2000. Another film nugget from the San Francisco Movie Tour, a sequence from the Francis Ford Coppola film, TUCKER: THE MAN AND HIS DREAM, was filmed outside of City Hall. Good stuff! 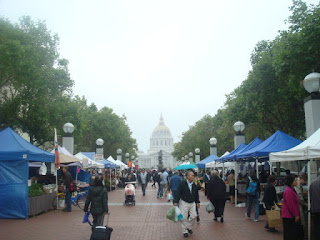 I chose this series of pics to post first as more of an introduction to the SAUSALITO film locations. They are the more noticeable spots in the film. Some of the other locations are a tad more obscure.

Before moving forward I have to give MAJOR props to the site Filminamerica. They helped me out with most, if not all, of the SAUSALITO locations. Propers!