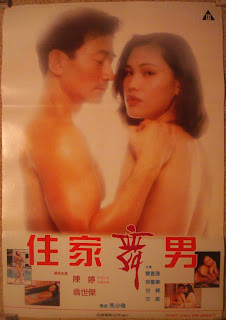 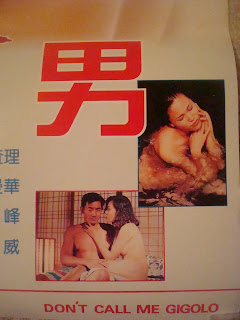 I recently found a copy of the rare CAT III title, DON'T CALL ME GIGOLO, starring Stuart Ong, Ku Feng, Tsui Man-wah, Shum Wai, and my brudda, Charlie Cho Cha-lee.  The 'gigolo' flick in HK cinema hit it's zenith in the early 90's days of CAT III cinema.  Simon Yam Tat-wah made a memorable handful like the  two GIGOLO AND WHORE films, CASH ON DELIVERY, FRIDAY GIGOLO, and HONG KONG GIGOLO.  Here, Stuart Ong dons the male whore pants in this god awful, turgid CAT III drama.  There.  I said it.  It's out there.  See.  I don't like EVERY CAT III movie around.  Then again...HK films are like sex and pizza.... 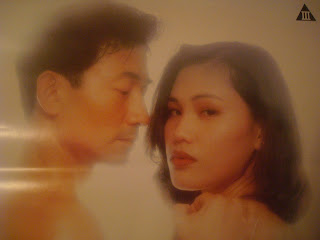 The crap plot has Stuart the duck unwittingly getting mixed up in the gigolo trade as he needs money to send back home to his ailing mother.  In between bouts of male whoring he falls for a lady.  At least I think that's the plot?  I was propping my eyelids open with toothpicks for this one.  Snoozers.  Charlie Cho is the only bright spot in this slow moving turd as he plays his usual prick character.  Magnificent bastard Shum Wai appears as well as the venerable Ku Feng who plays a stately pimp!?  If you are curious, there is a torrent floating around out there.  Seek and ye shall find.  And eventually be lulled to sleep by this turkey full of duck talk.

-
The NYAFF is still rolling along.  This weekend sees some BIG Hong Kong/China/Taiwan  happenings with THE STORY OF RICKY, ZU: WARRIORS FROM THE MAGIC MOUNTAIN, REIGN OF ASSASSINS, DRAGON INN , PUNISHED, THE BLADE, OCEAN HEAVEN and DETECTIVE DEE screening.  If you aren't into these films (then please leave this page and never return) there are also a TON of other Asian films locked, loaded, and ready to be shot all over your chin, neck, and chest.  Also on the dance card this coming week:  BKO: BANGKOK KNOCKOUT, CITY OF VIOLENCE,  THE CHASER, VERSUS, THE YELLOW SEA, and other films that I know nothing about.  If you are in the big city, please do yourself and your longtime companion a favor and take in one of these cool flicks.
As a bit of an aside, I watched BLACK SWAN last night and noticed that it took place in and around Lincoln Center.  Sooooo, to sweeten the deal, after you check out one or two of the flicks @ the NYAFF you can traipse around the grounds, duck in to a dance studio or two and see if Natalie and Mila, or two anorexic chippies with inner demons who resemble them, are gettin' it on.  You can make a day of it!
Please support the NYAFF by buying tickets HERE.  Thanks! ﻿
Posted by Kingwho? at Thursday, July 07, 2011