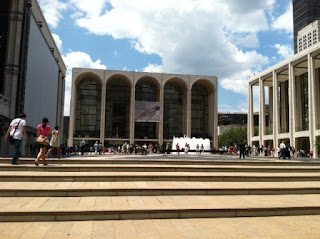 The 2011 NYAFF started this past Friday and I made my first trek in on Saturday to see the new Milkyway flick PUNISHED.  Now, I wasn't excited because it was a Milkyway pic or that Anthony Wong Chau-sang was in it.  Nooooo.  I was giddy with glee because my best buddy Charlie Cho Cha-lee had a small part in the film.  It was my first time seeing Cho on the big screen and I was full of nervous excitement. 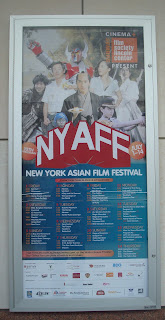 Even though we are far removed from the days of Charlie hanging out in his tightie whities and sexing up young tarts, the idea of seeing my beloved friend in ANY movie was excitement enough.  I hopped the LIRR in to Penn station and decided to hike it on up to the Walter Reade theater in favor of using mass transit.  I wanted to save a few bucks and it's only 2 miles.  2 long, hot, and sweaty swamp-assed miles.  But, whatever. 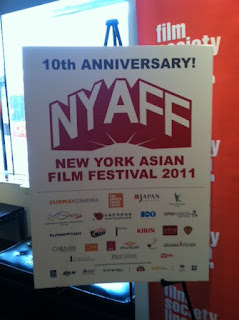 2.05 miles later I was in the air conditioned confines of the Walter Reade theater, on line to see PUNISHED.  No special guests were appearing today so it was a just a nice, easy going, movie experience.  None of the clamour that surrounds some of the more special screenings that the fest offers.  That was until 3 douches sat next to me just before the lights went low.  I moved one space over, because that is the unpacked movie theater courtesy.  A buffer zone that these shits didn't care or know about.  The film started and their gosh damn lips didn't.  Jabberjawing to each other as the film went, a man in front of me turned to them and, "Shhhhhhhh."  The talking sank to a whisper.  And then a louder whisper.  A loud whisper kinda defeats the purpose of a whisper?  Right?  So, the loud whispers gave way to good ole fashion being rude.  Adding film commentary like, "Ooooh.  that's a nice desk!", in reference to a piece of furniture that Anthony Wong had in his office.  Are you f'ing kidding me?  Really?  You are commenting on that!?  This nonsense went on for a little while longer until our saviors, a gentleman and his lady friend who were sitting directly in front of the 3 douches turned to them and said, "Would you please SHUT THE FUCK UP!?"  In beautiful harmonious unison.  It was warranted and NYC polite.  They did say, "Please."  The previous 'Shusher' and I leaned over to the couple and said, "Thank you."  Our 3 douches were not heard from again.
In between our 3 douches fracas a movie was going on.  And Mr. Cho made his first screen appearance out of about a handful of brief moments.  And boy let me tell you...I damn near cried with joy.  I had a brief flash or nervous, panicky excitement and I whipped out my Iphone to capture Cha-lee's shining moment (The video is above).  He's a bit more weathered and older, obviously.  There is an accentuated sophistication actually.  His portrayal of a put upon employee of the asshole character Anthony Wong plays is quite nuanced and even a touch heartbreaking.  The films tone is decidedly serious and violent, but, the films sole LOL scene is put upon Charlie.  It's a small, simple, wonderful performance and I really hope that it brings about a resurgence of sorts for Mr. Cho.   His days of tapping fine and not so fine starlet backside may be well behind him but as an assured elder statesmen of HK cinema, I would just be overjoyed to see him in more local mainstream productions.  Bit part or not.  Bring on the Charlie Cho renaissance!

-
Sir Charles aside, I might be the wrong person to speak about PUNISHED.  Being a Milkyway production it is, of course, competent and well made.  It just isn't fresh.  It is not the worst move by To and Co. and it's also certainly not near their best efforts from the late 90's.  My penchant for HK genre films aside, just a little, when I watch films like PUNISHED, or other recent Milkyway films for that matter, I begin to think that HK cinema has actually regressed in the past 20 years.  In the context of the other HK films on theNYAFF 2011 docket, ZU: WARRIORS FROM THE MAGIC MOUNTAIN, DRAGON INN, THE BLADE, and STORY OF RICKY, a movie like PUNISHED does not fit.  Not in terms of the festival line-up but in the lexigon of Hong Kong Cinema. I understand times and tatses have changed (and other production elements that i'm not mentioning here to avoid a longer diatribe) and the HK cinema landscape is wholly different but the imagination once seen in HK cinema has really languished.  Again, genre differences aside, but how could you pit the mind and energy present in THE BLADE or DRAGON INN to the slow,'thoughtful', and sometimes faux toughness (I once called it 'Arthouse Testosterone') artsiness in the contemporary PUNISHED?  Hands down it's the former.  This difference will not make me jump ship to other Asian cinemas as it has sadly done to most HK cinema fans.  Before you lambaste me, i'm not saying it's ALL Milkyway's fault, but they are HK's forerunner for the globe.  It's becoming a played out discussion, I know, but even with the played out Milkyway formula, I'm still on board.  Just get your head out of your ass HK cinema.  Think, gosh dang it!  Think!﻿ 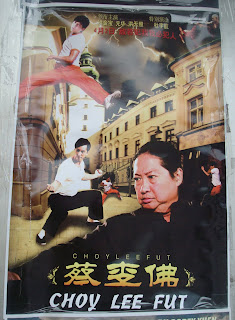 The following day, Wei and I headed into Chinatown to meet up with a couple of Canuck friends for dim sum and do a little HK movie shopping.  The dim sum was delicious but the HK movie shopping was less fruitful.  I might own way too many movies?  My selections are becoming few.  HK movie shopping aside we decided to make a nice day of it and stroll around a rainy days C-town, duck into a few stores, take some pics, and enjoy some bubble tea before heading home.  Check out some posters splashed throughout C-town. 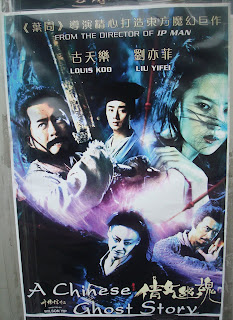 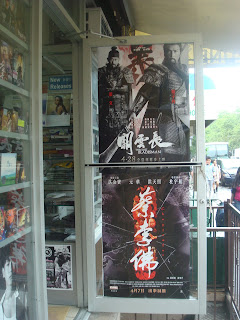 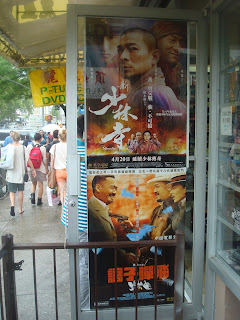 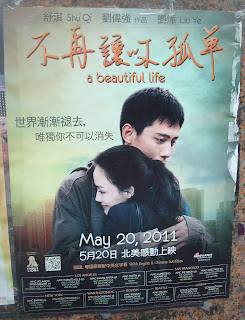 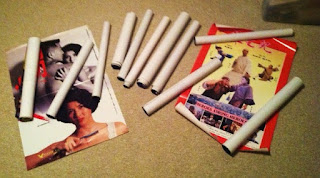 My canuck friend brought with him a few posters that I bought off of him, pictured above.  There are some fantastic goodies in this batch and I hope to get around to posting them sometime soon.  Which in my speak translates to a year or two from now.  Check out my buddies two blogs, Kung Fu Fridays and Popcorn and Sticky Floors.

Above is the paltry selection I scored in C-town.  HI, FIDELITY, DON'T GO BREAKING MY HEART, MR. AND MS. INCREDIBLE, and WHAT WOMEN WANT.  I forwent plunking down an overpriced buck on THE LOST BLADESMEN and LET THE BULLETS FLY, trying not to be too lossey-goosey with my money  and only picked up the cheaper 4 movies mentioned.  I can wait to see the latter two and buy used on Ebay. 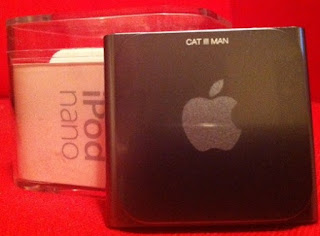 And finally, to put the perfect stamp on a great weekend, Wei surprised me with a new Ipod.  Specially inscribed just for me!  How cool is that and how wonderful of a gal is Wei!? I think I'm marrying the right girl!?  Now I can roll around naked in my vhs collection and make sweet loving to my laserdiscs while listening to an adult contemporary mix!
Posted by Kingwho? at Monday, July 04, 2011