The Return Of Ms. Mail Lady- The Postlady Strikes Back!!!!! 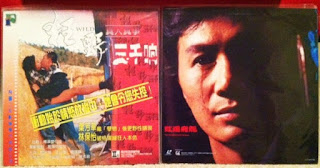 I haven't posted my Ms. Mail Lady exploits for a while so I'm gonna play catchup.  I've been keeping Ms. Mail Lady a bit busy over the last 2 months.  The first 8 laserdiscs posted (7 films) were a rather cheap lot of discs I won on Ebay.  Above is the artsy (yes, artsy) Billy Tang Hin-sing (Yes, THAT Billy Tang) film, WILD.  Also, Sam Hui sheds a tear for the cover art of the kicking knockabout, DRAGON FROM RUSSIA.  Clarence Fok Yiu-leung made a goodie!  Billy Tang Hin-sing...not so much.  Check out the rest of the LD haul.... 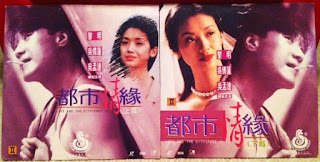 LOVE AND THE CITY 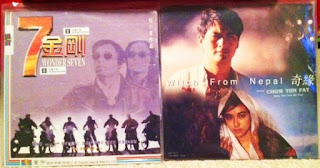 WONDER SEVEN and WITCH FROM NEPAL 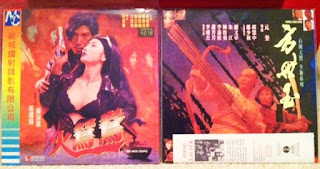 Along with Corey Yuen Kwai's all-star  FONG SAI YUK is Ridley Tsui Bo-wah's entertaining B-flick, THE WILD COUPLE.  The ever watchable Roy Cheung Yiu-yeung stars alongside former CAT III piece of meat, Lily Chung Suk-wai.  The fellas from your favorite podcast, THIS WEEK IN SLEAZE (including Sifu Stoo!), just finished an audio commentary for the notorious Billy Tang Hin-sing directed, Lily Chung Suk-wai film, RED TO KILL.  Look for it in the coming months.  The PODCAST ON FIRE NETWORK has been recording like mad and will be releasing podcasts bi-weekly for the foreseeable future.  This audio commentary slots in around October.  You're gonna wanna get your RED TO KILL dvd at the ready so you can  listen along with our filthy shtick.  I'll keep you posted. 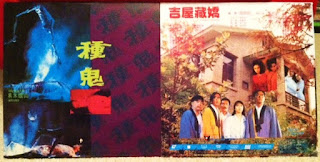 A few more LD's to add to my growing hoarders paradise.  The rare classic ghost nasty, SEEDING OF A GHOST and another rare ghost comedy, Jaime Luk Kim-ming's GHOST IN THE HOUSE. 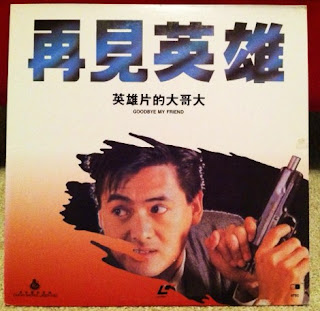 This was an interesting find for me.  I love CYF.  Who doesn't?  I would have his baby if it were possible.  GOODBYE MY FRIEND was released in 1988 amidst CYF's ascension to the throne of HK cinema King.  Then how come you've never heard of the film?  Beats me, but I'm busting to watch it. 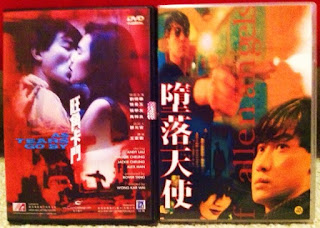 WKW's AS TEARS GO BY and FALLEN ANGELS on dvd.  I have these films in other formats but at 3 bucks a pop, shipping included, what's the harm in buying them again?  No harm at all. 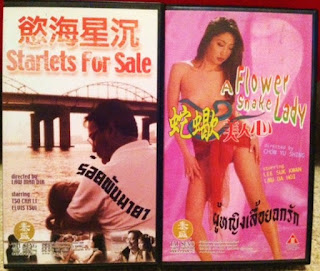 Here are a few rare goodies courtesy of a virtual buddy who's aunt owns a video store.  Auntie is shedding stock and looking to liquidate.  My hand was raised first for the CAT III's.  Two shot on video, unsubtitled turds.  STARLETS FOR SALE stars my bff, Charlie Cho Cha-lee and Elvis Tsui Kam-kong.  FLOWER SNAKE LADY is a sex film that's really none of anyone's concern.  And both films are dubbed in Thai!  I think???? 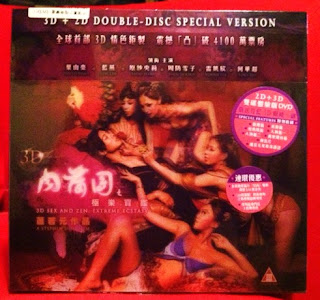 And today came my piece de la resistance.  My double disc of SEX AND ZEN 3D: EXTREME ECSTASY.  The package contains both the 3D and 2D versions, plus a few production bonuses.  Also included were a cool 'motion' lobby card.  One of those cheesy pictures that 'move' when you look at them from different angles.  This one doesn't really move.  It's the same pic just at an ever so slightly different angle.  It's a silly as heck misfire but I love it. 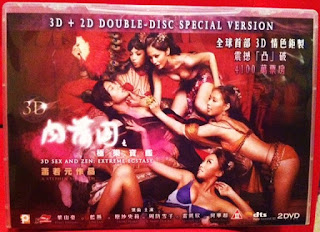 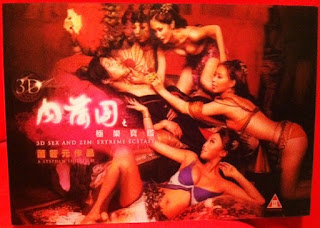 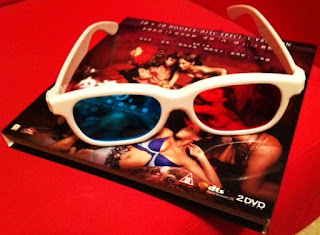 The 3D is analglyphic and doesn't really work well on my big screen tele.  The colors are a bit washed out, the subtitles, though written well, are difficult to read, and the 3D is hard to discern.  The film worked a touch better on my laptop as the 3D was easier to make out, though the color wash and the subs were still a problem.  The 2D version looks fine, though, and still loads of fun.  I'm watching now as I blog this.  I would also like to have Vonnie Lui's baby.  In SEX AND ZEN 3D world that just might be possible!?
Posted by Kingwho? at Thursday, August 25, 2011