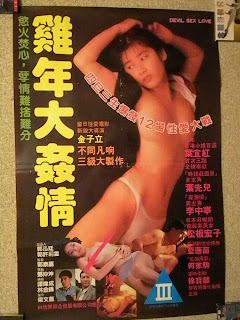 I came across a really crap copy of DEVIL SEX LOVE that has been floating around the internet for a few years and decided to make an evening of it. Not much for watching movies via the internet but when that's all there is, i'm not going to deprive myself of some healthy CAT III hijinx. I put up the above poster and a minor, very minor, blurb about the film back in January. It's a shit post, but, you can go back and check out the poster in more detail here. As for DEVIL SEX LOVE, a 1993 HK nudie bonanza, the emphasis is on the SEX! Hooray! 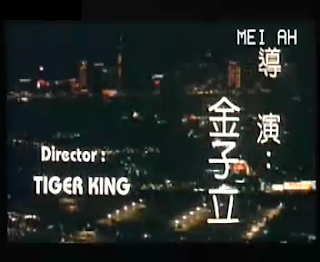 The films direction is credited to a gentleman named Gam Ji-laap, as per HKCinemagic and HKMDB, but the cooler-than-the-other-side-of-the-pillow pseudonym 'Tiger King', as shown above, is far more awesome. Keep Mr. Tiger King in mind, as we will briefly revisit him and this super fantastic Alan Smithee-esque alternate name in a bit. As for the flimsy plotting of this opus, A married couple breaks up as the wife charges her hubby with infidelity. Not determined to let his fractured nuptials get him down, hubby bumps (and grinds) into an old flame and romance (baw chicka wah wah) rekindles. Wifey comes back into the pic and a bunch of lame reasons to show ever loving naked skin ensue. 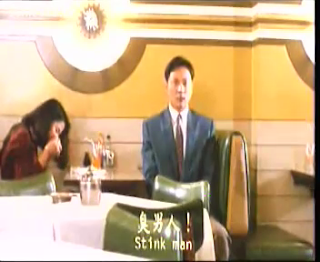 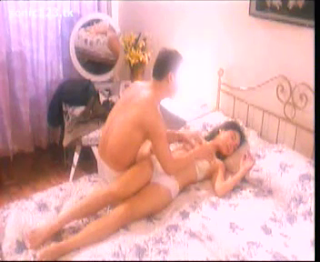 Also making appearances in this goodie are character actors Lee Chung-ling and William Ho Ka-kui. Two fellas no stranger to awkward soft core CAT III love making. Ok, now back to the Tiger King thing. Ho Ka-kui's character is named Tiger Wong, as per the dubbed dialogue spoken in the film. His name is printed as 'Taga' in the subs, though clearly 'Tiger' when spoken. His last name,'Wong', can be translated as 'King' in Chinese, making Ho Ka-kui's name 'Tiger King'. The very name of the directors pseudonym. Well, make of it what you will. I just thought it was kinda interesting and silly in an only-in-cheesy-CAT III-HK-cinema way. Am I paying way too much attention to these films? It's possible? I have also discovered the same exact bathroom being used in two different CAT III films, A MAN AND A WOMAN '93 and BODY LOVER. Geeeez. Maybe I should seek out a 12 step program? 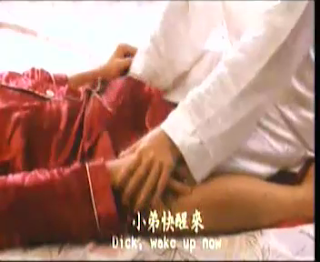 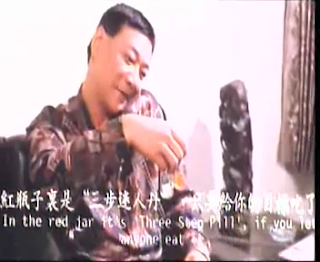 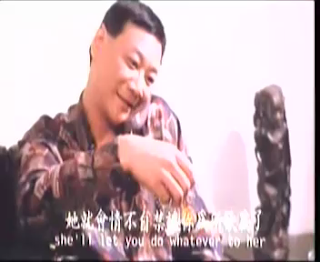 ...the anatomy of CAT III exposition.
- 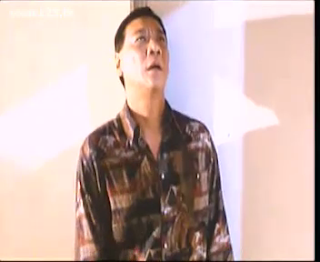