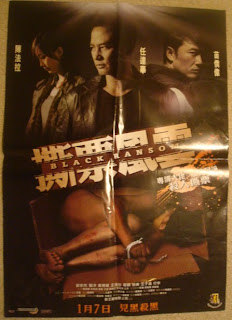 Just a quickie 'tweener post here. I've been really busy/as lazy as the day is long and don't really feel like posting much. So, here's my poster for the 2010 Wong Jing/Venus Keung Kwok-man co-directed crime film, BLACK RANSOM, starring Simon Yam Tat-wah, Michael Miu Kiu-wai, Andy On Chi-kit, and Fala Chen fa-la. Ya know....I saw this film last year and for the life of me I don't remember what the heck it was about? I assume it deals with ransom of the black variety? I do remember Miu being the bad guy and Yam sleepwalking through this one. Am I on the right track? Anyone? 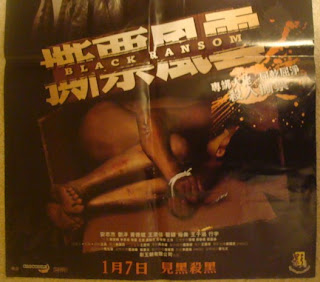 I decided to post this poster as it was co-directed plus written and produced by the great Wong Jing. Yes, I did say great. I was researching the next This Week in Sleaze podcast, all about NAKED KILLER, and while I was writing some bits about Wong Jing, I veered into a direction where I began to rant a bit against his detractors. I won't go into it here as I hope to get into further discussion with Ken on the podcast. Ooooooh....a teaser! =) 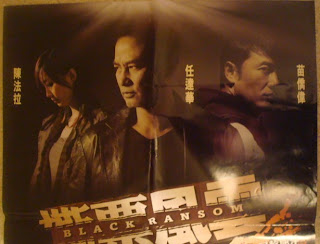 Anyway, Ken and I will be recording our NAKED KILLER love making session next Friday and it should be out in the coming month. Get your lotions ready!
Posted by Kingwho? at Thursday, April 21, 2011