This Week In Sleaze ep. 3 SEX AND ZEN Special 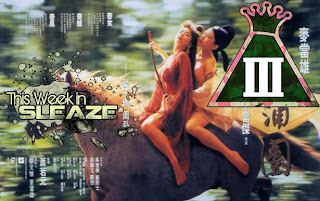 THIS WEEK IN SLEAZE ep. 3 SEX AND ZEN SPECIAL
-
Episode 3 is on line! On the opening day of the much anticipated film (well, at least I am anticipating it) SEX AND ZEN 3:D EXTREME ECSTASY, Sleazy K and I discuss Michael Mak Dong-kit's HK cinema classic, SEX AND ZEN. Who better than a man named 'Dong' to direct such fun and filthy film and who better then 2 guys with tiny dongs to discuss the film? Not only do we riff on horse penises, Amy Yip's augmented ta-ta's, and flutes disappearing into hirsute vagina's, we lovingly explore the 1987 SEX AND ZEN precursor, YU PUI TSUEN II , directed by Ho Fan. Like a horse shmeckle in your mouth, here comes THIS WEEK IN SLEAZE ep. 3, SEX AND ZEN!!! 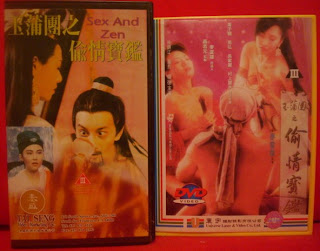 SEX AND ZEN (1991)
-
Pictured above is a little piece of nostalgia for me. My Tai Seng SEX AND ZEN vhs. This was the first HK movie I ever bought. I have fond memories of watching this jaw dropper as a fine young lad of 19. It was the beginning of the end, after viewing this. Discovering HK cinema was much more that gun play and martial arts action. There was another type of action on display. And like a Phoenix rising from the ashes, or an awkward 19 year old rising in his slightly damaged jeans from Marshall's upon seeing Isabelle Chow and Rena Murakami play hide-the-flute, Kingwho? was born. 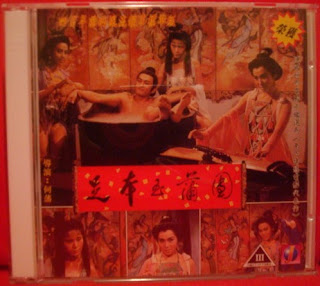 YU PUI TSUEN (1987)
-
Here is my YU PUI TSIEN II vcd that I found in the 'adult' section of a shop in NYC Chinatown. It's worth the blushing and the sweat a few awkward glances give you as you flip through the naughty discs in the back of the store. If you don't, you run the risk of missing out on gems like this. Pictured below are some more movies from my collection and all are mentioned in the latest TWIS podcast. It's gooey fun! 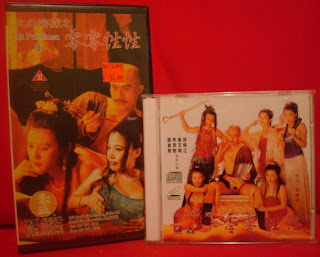 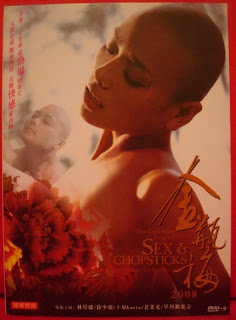 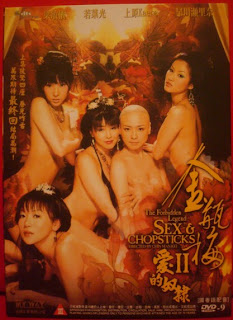 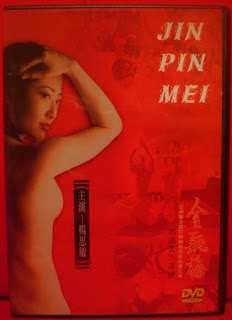 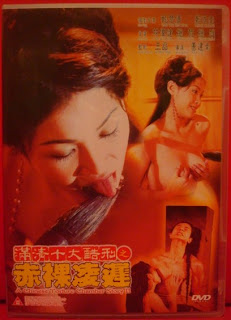 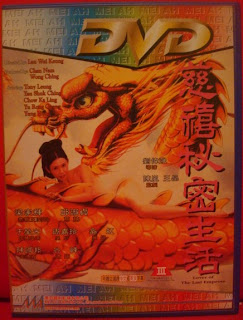 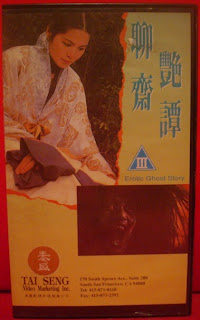 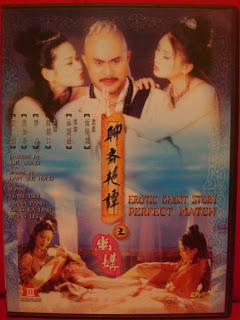 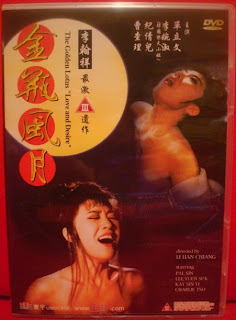 Have you downloaded the podcast yet? WTF are you waiting for? Change into a fresh new pair of underoos and give it a listen already. Everything you wanted to know about SEX AND ZEN but were afraid to ask! I also expound, in our Last Sleazy Movies Watched segment, on a Charlie Ch0 Cha-lee rarity, ESCORT SERVICE aka WEST BIG HEAVEN KING. 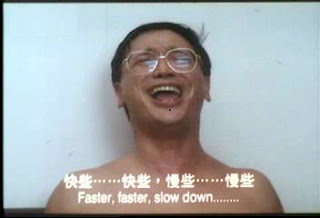 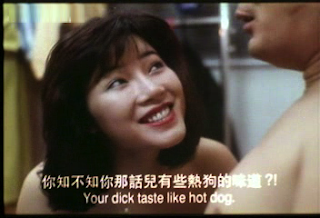 I wish I were an Oscar Meyer weiner! 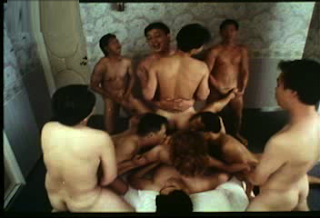 The gang's all here!

Cha-lee has a gay 'ol time in ESCORT SERVICE and you will also have sticky fun while listening to the show. Download this equine size load of a CAT III podcast right here. Get your box of tissues at the ready, or if you prefer, a hand towel, lay back and let the soothing sounds of Qing Dynasty dirtiness pound you deep into your soul.