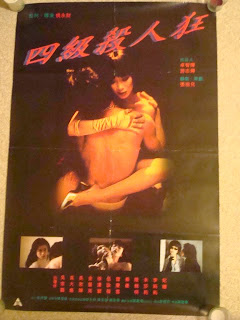 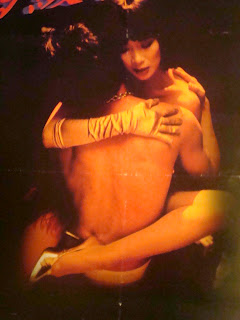 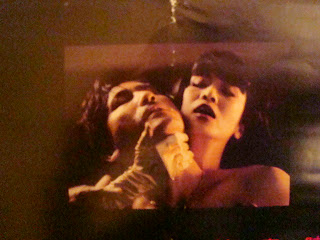 Director Joe Hau Wing-choi is quite possibly one of the worst directors to ever lens a film in Hong Kong. While not quite the craptacular director Kenneth Lau is, Hau, whose main gig is that of Art Director, at the very least captures smooth images inside his frames. Flipping through dvd's last night in Flushing I came by Hau's latest, THE PRETTY WOMEN. It stars Cecilia Yip and Ray Lui. Two very, very fine actors. If the year was 1994 I would have snatched this one up in seconds. Though for these two actors, I believe their best years are unfortunately behind them. If you have seen Yip's 2002 turd, CHINESE ORTHOPAEDIST AND THE SPICE GIRLS, you know what I'm talking about. I do hope that these two actors find better projects to revive their careers. Yip did appear in veteran director Jacob Cheung's 2008 film TICKET and Lui made an appearance in the exceptional 2007 Wilson Yip actioner FLASHPOINT. So appearing in a Joe Hau film seems, to me at least, a HUGE step back. But to be fair, I haven't seen it. I'll wait for it to become available in the bargain bin. Below is an old review for one of Joe Hau's better films, 1995's PASSION UNBOUNDED. Above some poster images.

1995's PASSION UNBOUNDED glides along it's 99 min. running time with a strange and creepy fascination. Like DIARY OF A SERIAL RAPIST, "PASSION UNBOUNDED" also involves deadly matters in the Tuen Muen district of Hong Kong. The menacing atmosphere is amplified by the enigmatic performance by Carrie Ng, who slinks in and out of every frame. Dead bodies are popping up and the search is on for the killer, who's bumping off victims while doing the bump. Though the film let's on early as to who the killer is, there is much more in store for the audience who are expecting a little sleaze. The film lurches and evolves towards a satisfying finale aided by an excellent use of color, outstanding photography, and moody pacing that infuses this striking oddity with a touch of class.
Director Joe Hau Wing-choi uniquely realizes this bizarre CAT III entry and directs it with force....and a touch of pretensiousness. Carrie Ng makes a strong performance as a deranged murderess whose past is charred with childhood trauma. A flashback reveals mommy turning tricks in the same bed as Ng, while she tries to sleep. When the john is gone, mommy dearest turns her affections towards Carrie. That's enough psychology for me! As a bonus we get to see Carrie Ng masturbate in the tub and the use of her stiletto heel as a lethal weapon a la Jennifer Jason Leigh in SINGLE WHITE FEMALE.
The pace begins to fall off towards the middle of the film, which may set viewers off, myself included. The film does have the feeling of being ostentatious as well and their is little, if any, semblance of a cohesive story. These issues were drawbacks I found in the film but i'm not mistaking this for anything more than a fine piece of trash cinema. The depravity and eccentricity on view doesn't seem to deserve the upscale production values PASSION UNBOUNDED offers, but all seem to work amazingly well.
Posted by Kingwho? at Saturday, December 05, 2009