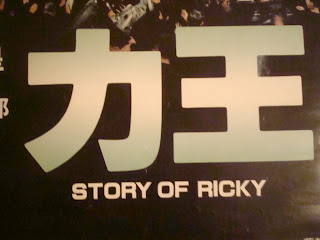 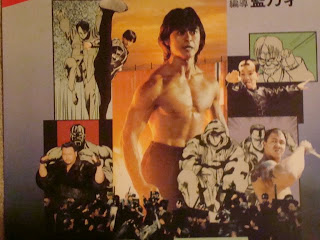 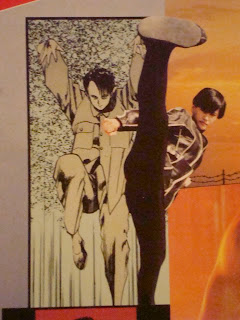 A few poster images from Nam Nai-choi's much beloved 1992 action-gore flick "STORY OF RICKY" starring Fan Siu-wong, William Ho Ka-kui, Yukari Oshima, Frankie Chin Chi-leung, and Philip Kwok Chung-fung. Fan Siu-wong seemed to suffer a bit as HK cinema took a turn for the worse in the mid to late 90's. He found himself in a ton of low budget garbage, some of which I happened to enjoy (So what if I liked Spy Gear, The Story of Freeman, and Unbeatables? Sue me), but appears to be making a comeback in legit productions. The past few years Fan has been seen making the grade in films like The Moss, Ip Man, Connected, Split Second Murders, and On His Majesty's Secret Service. He can also be seen in the upcoming Future X-Cops, Ip Man 2 as well as the Ip Man prequel, Once Upon a Chinese Classic, and Flirting Scholar 2. Welcome back Fan Siu-wong. HK action cinema looks a lot brighter with him in the fold.
Posted by Kingwho? at Sunday, December 06, 2009