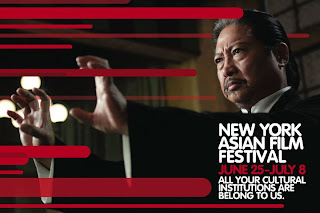 It's the eve of the 2010 NYAFF and boy oh boy am I excited! I am going to see 8 films this year. More films than I have gone to in previous years. And they are all Hong Kong flicks, with the exception of the award winning Mainland film COW, starring one of the Film Festivals special guests and Rising Star Award recipient, Huang Bo. I will be attending this screening. Also at the fest this year and receiving awards are the great Sammo Hung Kam-bo and a gentleman I am planning on naming my first born (boy or girl) after, Simon Yam Tat-wah. 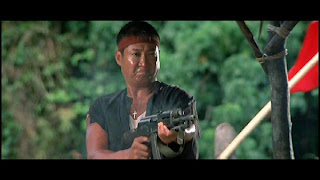 Sammo will be on hand for the opening night film and North American Premiere of IP MAN 2. He will also introduce the film and hang around to receive the Star Asia Lifetime Achievement Award.On day 2 of the fest Sammo will be back for a long Q&A session and also to present his kick ass classic EASTERN CONDORS. In a sweet Sammo double bill, later in the evening he will be presenting his more recent foot and fist effort, the culinary actioner, KUNG FU CHEFS. That is a ton of Sammo to cram into one weekend! I will be attending IP MAN 2 and EASTERN CONDORS. Good weekend so far. It only gets better. 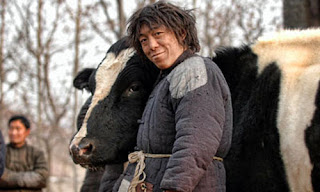 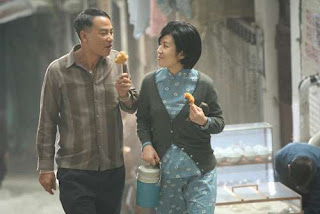 And finally we come to my future childs namesake. Simon Yam Tat-wah is inimitable. He is my Category III prince charming. Whether playing a psychopath and charing Kent Cheng's daughter to a crisp in Billy Tang Hin-sing's RUN AND KILL, tapping tang in one of his male gigolo roles, or wanting nothing to do with tang as the flamboyant homosexual sociopath Judge in Ringo Lam's FULL CONTACT, Yam's talent hit's the highs and lows of the characters he employs with deft skill and charm to burn. Yam will be appearing opening night and receiving the Star Asia Award. The 2nd night of the fest he will be back introducing the North American premiere of his award winning drama, ECHOES OF THE RAINBOW. Day 3 has Yam introducing 3 of his films, the action fantasy STORM WARRIORS, the kung-fu epic, BODYGUARDS & ASSASSINS, and a second screening of ECHOES OF THE RAINBOW. I will be attending the first screening of ECHOES OF THE RAINBOW, as well as STORM WARRIORS and BODYGUARDS & ASSASSINS.
-
To round out my festival experience I will be hitting up screenings of Jackie Chan's LITTLE BIG SOLDIER and the super-hyped retro fit kung fu flick, THE GALLANTS. Especially looking forward to THE GALLANTS.
-
I have received some interesting news about my participation in the fest. I don't want to mention it because I don't want to jinx it. If things hold true, I hope to have a ton of pics, videos, news, and then some. Anyway, if you happen to be in town during the next two weeks, chop and kick your ass over to the Walter Reade Theater @ Lincoln Center and get your fix of some of the absolute best cinema Asia has to offer. The NYAFF is THE best fest in town.