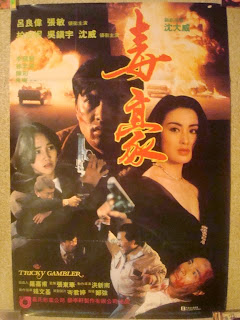 TRICKY GAMBLER aka THE FATAL GAME (1991) 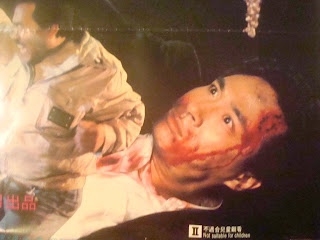 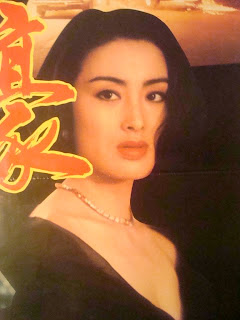 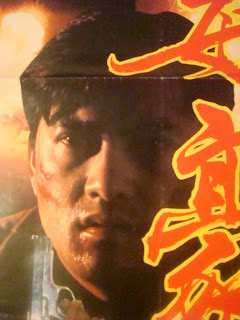 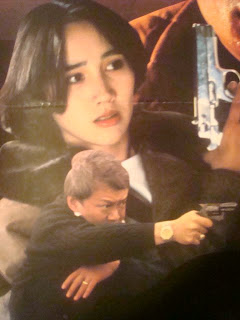 
The majority of the name cast have been M.I.A. from HK films for some time now. We all know that Mr. Ng is one of the better actors in the universe. And Lui can hold his own and is a welcome sight in any flick. Sharla, though gone from display on the jade screen, has taken to tube and sometimes finds herself behind the scenes. She has starred in and has directed a few HK TV dramas. Cheung is underrated, and not mentioned nearly enough as one of the few actresses from the heyday that was always in a quality production and cast against a star lead. Ann Bridgewater's film career spanned approximately 10 years and in those 10 years she has appeared in a dozen or so high profile flicks like the OPERATION PINK SQUAD films, FULL CONTACT, CURRY AND PEPPER, TOM,DICK,AND HAIRY, and YESTERYOU, YESTERME, YESTERDAY. She left the industry, went to medical school, and became a psychiatrist. Maybe she should have HER head examined!? M.D. or HK movie star? I think the answer is clear. What a mistake! Gam Bui is a CAT III gentleman. Debonair and ever so chivalrous, Mr. Bui has tapped many a nubile HK actress arse. He's a disciple of the grand master, and my sifu, Charlie Cho Cha-lee, and they equal each other in their dirty movie output. He appeared ancient in the early 90's. Is he still with us? Anyone? Anyone? Hacky Shum Wai turned out to be a cheese movie actor but earned his wings with appearances in some fine 80's and early 90's productions. For most, he isn't missed. But for me, sorely. His amber colored corrective lenses burned right through my HK cinema lovin' soul. Come back to the HK cinema, Shum Wai, Shum Wai.