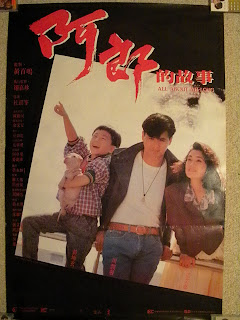 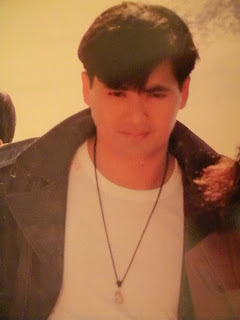 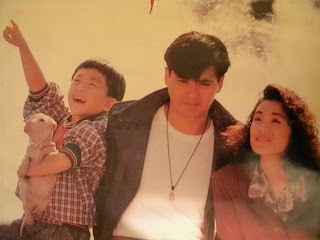 ALL ABOUT AH-LONG is an early Johnnie To Ke-fung melodrama from 1989 and it's story, for the most part, appears to be in stark contrast to To's later uber moody, dark themed gangster classics. Chow Yun-fat was hitting his big screen stride around this time period and is rather nicely cast. Sylvia Chang Ai-chia, who usually has such a fun and perky screen persona, plays it straight here and with aplomb. The film is overly dramatic and pours it on thick sometimes. This reasoning finding many detractors claiming the flick is unfocused and too much of a mixed bag. Hello?! Have you seen a HK movie?! The mixed bag-hybrid style of this era is what hooked me and kept me coming back for more. Hong Kong cinema began turning south when this effervescent and devil-may-care stlye of film making ceased. Though I feel most of the reason behind the film's negative views is the popularity of To's later gangster films. I think people saw To's later pics and then sought out his earlier work like ALL ABOUT AH-LONG. They revolted a bit when it wasn't what they expected from To. Anyway, that's my take. Ng Man-tat, always welcome, also stars in the film along with child actor Wong Kwan-yuen, who is actually pretty darn good. A few posts back I mentioned my disdain for HK child actors and their sometimes need for a whuppin'. Wong Kwan-yuen gets a pass here. Good job kiddo.

Email ThisBlogThis!Share to TwitterShare to FacebookShare to Pinterest
Labels: All About Ah-long, HK movie poster