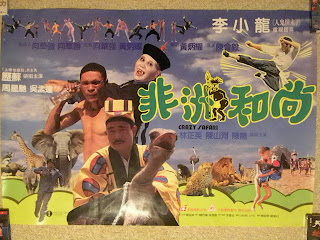 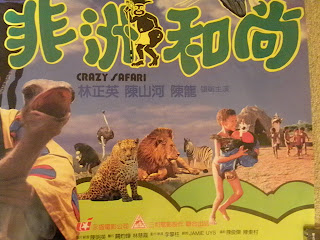 You know....they say Ostrich has less fat, but you eat more of it!? 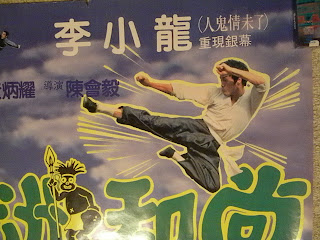 Can I kick it? Yes you can. 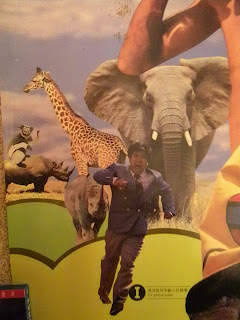 Come to me my jungle friends! 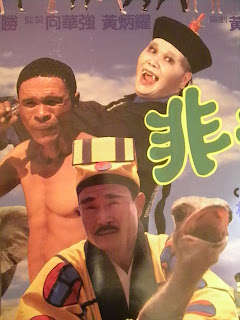 Fun poster with a ton going on just like the actual film. Directed by Billy Chan Wu-ngai, CRAZY SAFARI is a 1991 action/comedy/hopping vampire hybrid thats lovingly all of the freakin' place. Sadly, they don't make them like this anymore. CRAZY SAFARI is the first film, in an unrelated HK trilogy, that starred the popular Nambian bushman/ actor N!xau. All three HK efforts, CRAZY SAFARI, CRAZY HONG KONG, and THE GODS MUST BE FUNNY IN CHINA, are all supposed sequels to the film that brought N!xau fame, THE GODS MUST BE CRAZY. But i'm sure you already knew that. Also starring everyone's favorite Taoist Priest, Lam Ching-ying, and narration by Stephen Chow Sing-chi and Ng Man-tat. Crazy indeed.