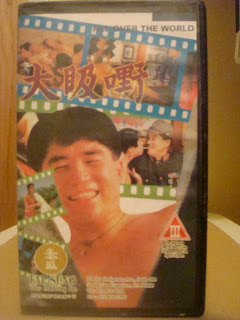 All Over the World 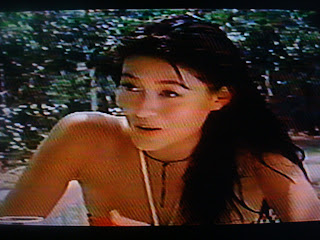 Here's the 1993 faux documentary ALL OVER THE WORLD starring one of HK cinema's resident pervs, Lee Chung-ling. While Lee's in and output can't overcome the king of CAT III copulation Charlie Cho Cha-lee, he sure as hell tries. While not an attractive sort by any means, Lee seems to have been one of maybe a half a dozen actors who continuously got tail in the golden era of HK CAT III's. Charlie Cho Cha-lee of course springs to mind immediately, followed by James Wong Jim and Tommy Wong Kwong-leung. The latter briefly appearing in this film. Also briefly showing up is one of the fair princesses of CAT III boinkers, the late Pauline Chan Bo-lin. I may have a future post about the tragedy of Pauline. It all depends on my level of laziness. 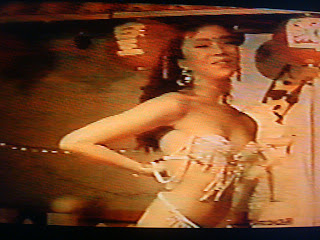 The film follows Lee around parts of Asia and Europe as he tours various red light districts and shops their wares. He has a gay old time visiting PR hostess clubs, nude musical revues, strip joints, massage parlors, AV shoots, nude beaches, and even a shrine to the all mighty penis. The shrines gift shop selling knick knacks of nick nocks. 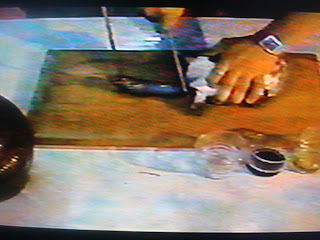 Lee also indulges in local cuisine. The cuisine famous for being an aphrodisiac. These scenes are mondo-ish stomach churners as we see a chef slice into a live turtle (pictured above) and the preparation of a live eel. After slurping up turtle soup and eel on a stick, Lee is ready to lay some pipe. 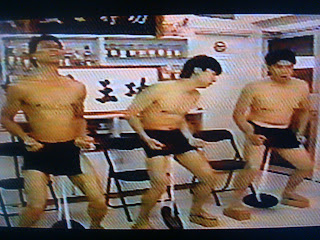 In his travels Lee has a few bang around interludes with various women of the trade, sometimes calling on a call girl or massage therapist for a quick release before moving on to his next destination. There is a ton of flesh on display for you pervs out there. A lot of things bounce and jiggle and others could use the service of heavy duty weed whacker. 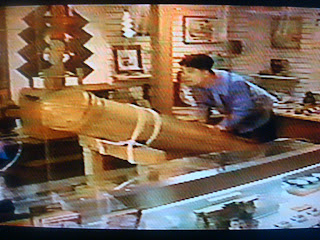 The film is co-directed by Terry Tong Gei-ming who's career seemed to take an odd trajectory. Starting out as a HK 'new wave' director with fine films like COOLIE KILLER and HONG KONG GRAFFITI, his gears seemed to change in the direction of more risque cinema with dirty genre classics like GIGOLO AND WHORE, CASH ON DELIVERY, one of the many films entitled FATAL LOVE, and this fun skin filled romp. And I would like to thank him for it. Well, at least for CASH ON DELIVERY. Mmmmm....Veronica Yip Yuk-hing. The Tai Seng VHS that I viewed was unsubtitled but who needs distracting subtitles when you have other things to focus on? 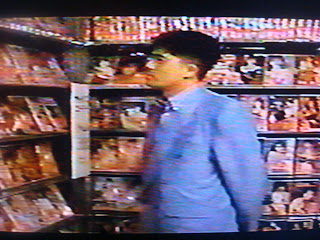 Hey! Wait a second! This isn't the chicks with d***s section?!