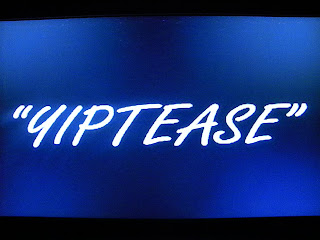 So back around 1998 I was only a few years in on my Hong Kong movie collection. We were still in the days of the VHS format and Hong Kong cinema was hard to come by unless you were willing to spend $40 + on Tai Seng offerings. I was willing to spend. The only other means of acquiring the HK goods were your local Chinatown, the artsy fartsy video store that was just a little too far to travel to, some shady dudes at a flea market, or the even shadier dudes that ran mail order 'gray market' businesses. As I have stated in previous posts, I am no stranger to mail order VHS. During this era of HK movie watching, sometimes watching 4-5 HK flicks a day, I was deeply immersed in the Cat III scene. A ton of starlets flashed across my screen in various states of undress. I was mostly watching heyday stuff, late 80's through early 90's, as the Cat III scene of the time was non-existent, and the woman who....STUCK OUT....most was Amy Yip. Most popular at this time in HK film history, she was much in demand, though never showed her goodies full on. It seemed an odd stunt seeing as her roles were built around her being top heavy. With the exception of Michael Mak Dong-kit's 1991 adult period piece SEX AND ZEN. You all should know the story behind Yip's nude scenes in the film so I will spare you. 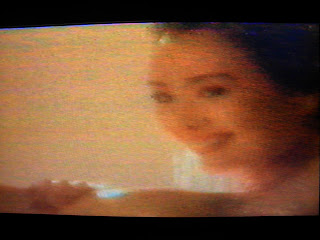 Also, circa 1998, not much info was offered on the internet about HK cinema. There were a few sites in their infancy but fans had to seek out books like Stephan Hammond's "Sex and Zen and A Bullet in the Head, Frederic Dannen and Barry Long's "Hong Kong Babylon", and even the Thomas Weisser zine "Asian Cult Cinema" and it's awfully edited and error filled companion books. A few more followed as HK cinema became immensely popular. Ok, so enough history and on to the actual post. 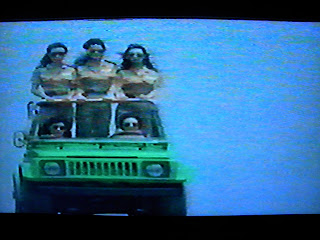 Ordered through one of the many gray market catalogs that I subscribed too, Amy Yip gave her fans a video gallery titled, YIPTEASE. It was released around the late 90's and it's a collection of terminally dull vignettes of Yip and some unknown trampy pals of hers. If you are familiar with Yip's "Austin Power-like" Yip-teases then you need not touch this piece of soft core crap. It's torture to sit through. So I did so again. For you guys. You're welcome. 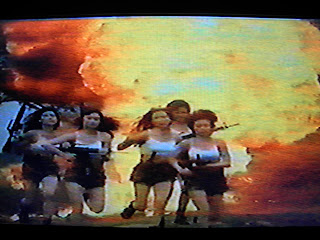 Clocking in at around an hour Yip finds herself maneuvering through a lame 'girls with guns' action scene where she and her crew clumsily run away from an explosion, doing a split...for whatever reason(!?), and walking around in a house coat and slippers. Now that got me all hot and bothered. WTF? 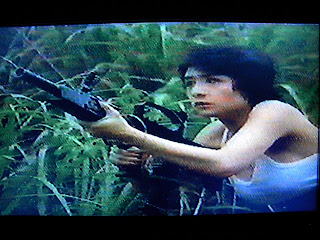 Yip fires off a few rounds, viewers do not 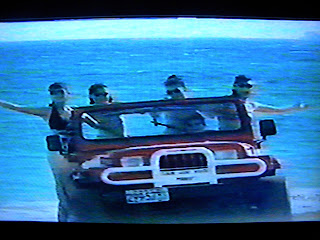 In between these awful scenes of Yip and cohorts acting like asses, we actually get to see some actual, well, asses. A handful of nude starlets awkwardly strip and pose for the camera. Sometimes solo and sometimes going at it two or more at a time. This might sound great and you might think that it's time for your pants to drop? But don't go warming the lotion just yet! These girls are some skanky harlots. They actually made me sad in my pants. I'm not quite sure if these vaseline lensed ho's that Yip hangs out with throughout the video are the same vaseline lensed ho's that get down to the devil's business? Maybe they have just been inserted into the video to make a dirty buck? I don't know and I don't care? 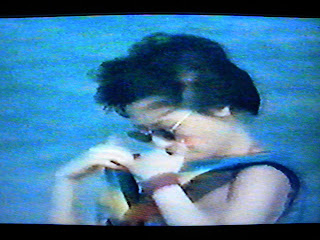 Yes Amy. We know. They're big. Show off! 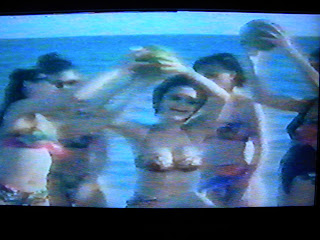 There is also a brief scene with the skanky models en masse all over some young, jacked up Chinese stud. Dude, it's just awkward. The picture above shows a scene of Yip and Co. on the beach fighting over a freakin' coconut!? 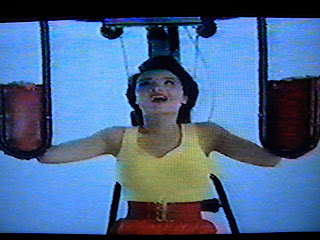 One of the last vignettes shows the Yipster "working out", if that's what you would call it. At this point I was almost convinced that Amy was mentally handicap. I couldn't laugh anymore and I wondered if there was a cause that she was involved in that I might be able to donate money too? 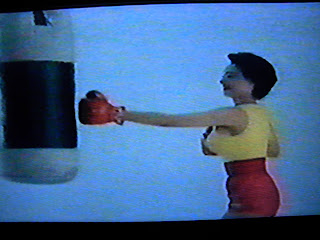 Amy Ali said, "Knock You Out!" 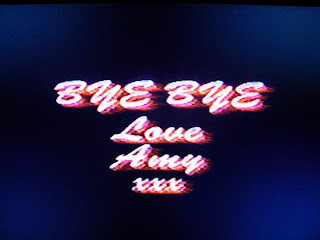 The video finishes with clips of Yip concert footage that shows her performing on stage. I believe she is singing a canto version of Janet Jackson's 1990 'hit' "Black Cat." It's pretty bad. She also wears a few costumes that Aaron Kwok would love to borrow.
As you may have noticed in the photos, Yip isn't very appealing in this videogram. While the director does focus on her rather large mammaries, Yip herself, doesn't look all that sexy. The Yip on display is not the long raven haired vixen that we have all known and loved. Her hair is short and mullet-like. It looks like a friggin' football helmet! This whole thing just seems so ill conceived and hackneyed.
Now, I hope I steered you well clear of any thoughts of purchasing this softcore silliness, piece of garbage. Of course the gray market catalogs now offer YIPTEASE on DVD. But that doesn't make it any better. And i'm sure the quality of print would be similar to that of the VHS I own and the pics that you have just seen. Thank me for watching this shit and taking a copy out of circulation.
Right about here, I would advise that you all close your eyes and picture the GHOSTLY VIXEN, SEX AND ZEN, BLUE JEAN MONSTER Amy Yip. Discard the mullet sporting Yip from your memory. End this Amy Yip post on a good note.
Posted by Kingwho? at Saturday, February 06, 2010