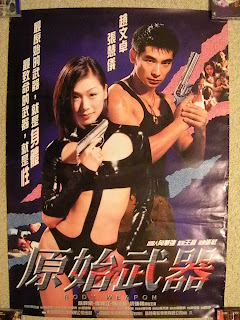 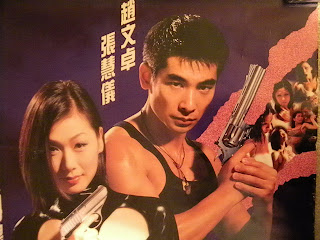 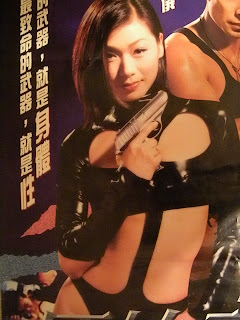 
One of my favorite posters here, main reason being the sleek and provocative Angie Cheung Wai-yee, finger on the trigger. Poster for Aman Chang's 1999 campy cult pic BODY WEAPON. The film stars some great talent: Vincent Zhou Wen-zhuo, Angie Cheung Wai-yee, Elvis Tsui Kam-kong, Pinky Cheung Man-chi, and in a far-out turn, director Clarence Fok appears. I could watch this silly goodness all day long. Director Chang was part of Wong Jing's stable of "talent" and has some low budget winners to his credit. MR. WAI-GO, RAPED BY AN ANGEL II & III, SEX & ZEN III, and FIST POWER are all enjoyable films to a meager budget degree. With BODY WEAPON, Chang leaves his legacy in this ridiculous effort that has super duper sexy Angie Cheung Wai-yee out to seek revenge on a murderous gang of rapists who dispatched her betrothed on their wedding night then gave her the dirty business. While not as sexy and lurid as the poster or film synopsis might suggest (Cheung never slips into the attire she is sporting on the films poster) the film offers up some fine fight scenes, stylish camerawork, and an unforgettable sequence (my favorite) that has popular film director Clarence Fok glam and ham it up as the Sifu of a 'special' kind of martial training. The snapshots below are from this sequence as Fok trains Cheung in the deadly ways of murder by kicking perineum! Isn't that how Fong Sai-yuk died in Chang Cheh's MEN FROM THE MONASTERY? A stab to the undercarriage? Maybe Aman Cheng was paying homage to Cheh's film? Naaaaaaah. 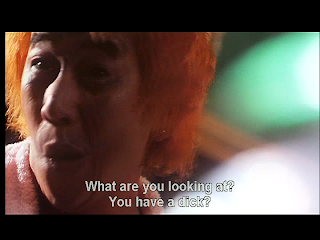 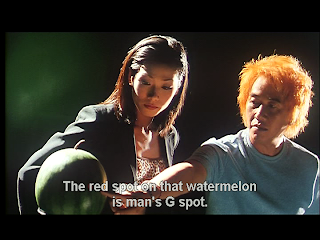 Better than having a red spot on your G-spot! 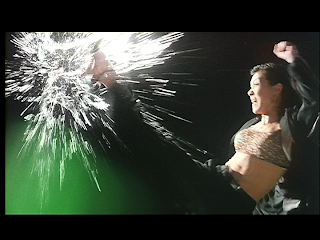