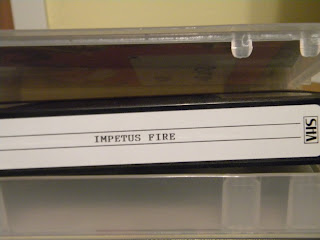 Here is the 1988 Hong Kong/ Filipino co-production "adult drama", IMPETUS FIRE. Well, who knows if this information is true? It is, at least, according to everyone's favorite Asian film historian, a one Mr. Thomas Weisser (tongue planted firmly in cheek). And as we all know, like E.F. Hutton, when Mr. Weisser talks Asian Cinema, people listen! Anyway, there is little info around on this film so instead of lambasting Mr. Weisser I will thank him for being the first to point this curiosity piece out to me. Even though this film sucks. The VHS copy I have (pictured above) was bought many moons ago from some crap gray market company. Took a few pics of the awesome quality of this super long play VHS. The things I do for you guys...... 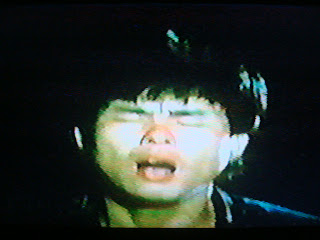 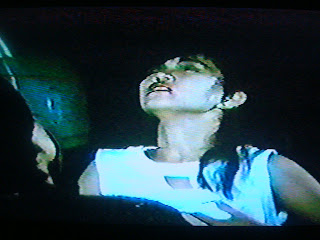 Being a porno, and trying to keep this blog as CAT IIB rated as possible, there weren't many screen shots I could really use. I'm not quite sure what audience this film was actually made for? It's extremely low budget and filled with some of the ugliest actors i've ever seen. Their genitalia isn't anything to write home about either. The film is unsubtitled and has minimal dialogue. It also goes on for long stretches without any...."action." Sometimes it looks like the director (the film is credited to someone by the name of Hwa Hu, or Hu Hwa....Hu cares?) set up a stationary camera and just let it roll for minutes at a time. There is an inordinate amount of awkward dancing in a nightclub for some reason? A lot of time goes by with people just dancing to awful instrumental versions of 80's American pop music. I was able to hear some great muzak renditions of Phil Collin's "Against All Odds" and Whitney Houston's "Saving All My Love For You." There is also a nookie scene where the instrumental Lionel Richie ditty "Say You, Say Me" plays. It was really lovely. This is an endurance test folks. 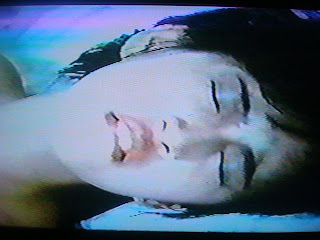 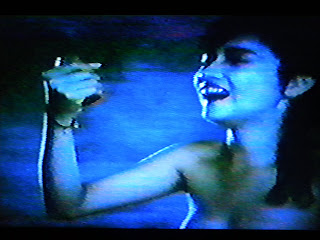 Captain Winky is mine! All mine! Bwaaaa haaaa haaaaaa
---
There is a fair amount of hardcore happy time in this garbage porn flick. But it is really just awful to look at. To be honest, the fast forward button was my best friend. Even during the groove scenes. There really wasn't much of a story or anything I could really follow. The climax of the film had something to do with blackmail and, as you can see by the above pic, the dirtbag villain gets his comeuppance as our nubile heroine chops off Mr. Johnson! Yikes! That smarts!
I can't really recommend this film. But, you will either succumb to your curiosity and seek this one out, or stay away in droves. I would advise the latter.