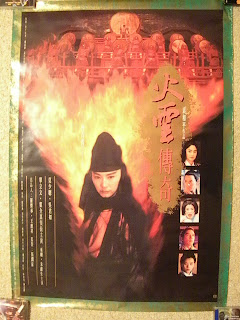 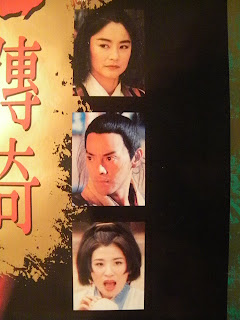 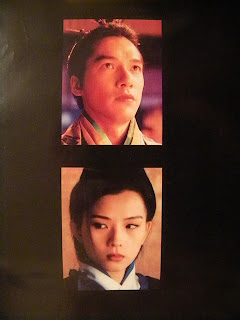 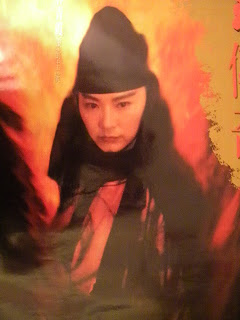 Slick poster for the Yuen Woo-ping's 1994 wuxia actioner FIRE DRAGON starring the lovely and formidable Brigitte Lin Ching-hsia. The supporting cast is just as stellar as the lead; Max Mok Siu-chung, Sandra Ng Kwan-yue, Tan Lap-man, and Yip Chuen-chan stoke the flames of this Woo-ping spectacle. 1994 was a sad year for us HK film fans. It was the year that saw the career of Brigitte Lin Ching-hsia come to an end. I would argue that at around this time, HK cinema steadily declined in it prolific output of films as well as it's inventive form. Sure there were great films after 1995 but for my tastes, the high water mark had been reached and the cinematic waters began to recede little by little from this point on. Ms. Lin's departure from the cinema surely didn't have anything to do with HK film's decline but it's certainly suspicious? Hmmmmm?

I was extremely fortunate enough to see Ms. Lin about 2 years ago at the New York Film Festival where she accompanied Wong Kar-wai and Christopher Doyle in presenting ASHES OF TIME REDUX. It was, as Kar-wai stated, "her first public appearance" since she left us and HK cinema high and dry back in 1994. I could not get a good picture of her that evening, unfortunately. I do have a few blurry ones though. Be on the look out for a future post featuring blurry Brigitte Lin Ching-hsia pictures. Good times.