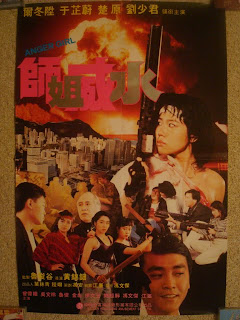 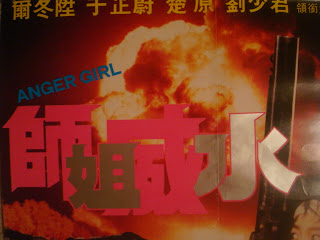 Awesome poster (and one of my favorites) to the 1988 action-drama ANGER GIRL aka ANGRY GIRLS aka DIRTY GIRL aka ANGEL GIRLS. I also have the World Video Supply Inc. VHS and along with these few poster images put up a shot of the video and some screen images. The VHS and poster go by the title ANGER GIRL but a few web sources list the actual title as DIRTY GIRL. Whatever the title, the film is a bit of a misfire mixing silly drama with rather excellent action. The drama weighs heavily on the film and forces it to woefully drag. There are a few action set pieces in the film that fill the final half hour or so and they are pretty damn cool. The trick is wading through the muck that is the first hour of the picture. Nothing much happens so it's a tough go. 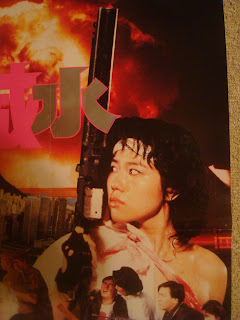 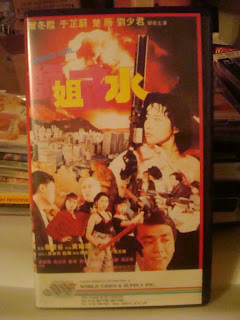 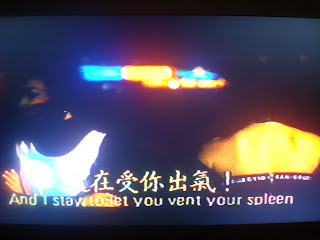 
The film stars Eliza Yue Chi-wai, Derek Yee Tung-sing, Ng Man-ling, Lau Siu-gwan, Chor Yuen, Tony Liu Jun-guk, and a small bit by CAT III ass catcher Gam Biu. The plot is kinda ridiculous as a few girls who are done wrong by their men band together to get some redemption. This plot is short lived as a dirty cop, an ex-con, and the son of a triad boss, step into the fray and the cast collectively turns mole hills into the Alps. Thankfully they do, though. If the characters didn't overreact so much there wouldn't be a top notch final third of the film. 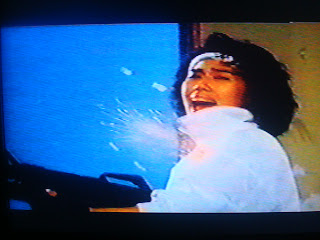 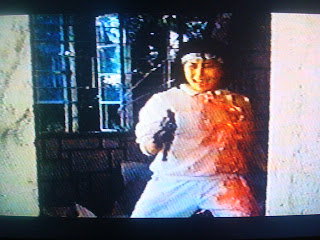 One of the films alt. titles is ANGEL GIRLS and most likely trying to capitalize on the kick butt girls-with-guns flick ANGEL, which was released the previous year. This film is also female action-centric but fails to boast the same exuberance and pacing the original ANGEL film had. Though the action set pieces and gun play are above par, they arrive to late to save the film from being just a passable curiosity in the girls-with-guns genre. The action isn't really anything you have not seen before but there are a few rather cool and interesting nuggets of gold. A bit of spoilers here, so be advised. Being the two main leads and the biggest names attached to this piece, Eliza Yue Chi-wai and Derek Yee Tung-sing bite it first. And there is still 30 minutes left in the film! Yue's demise is excellent as she wields two big ass guns and takes on the corrupt copper and his men in a secluded villa. She really gets lit up! The first shot that nails her takes her back into hiding. Wounded just above her breast, Yue pulls back her coat to check the damage, revealing her breast, as blood trickles down and drips from her nipple. A brief but wonderful shot. Now that's girls-with-guns gold! 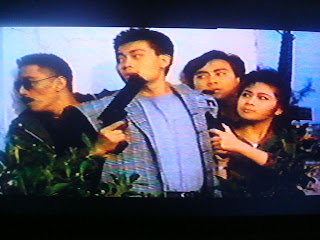 This game of tag is getting a little too out of control!
-