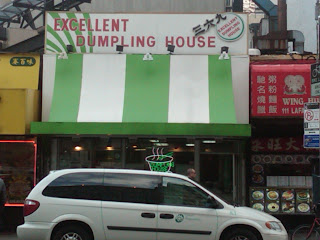 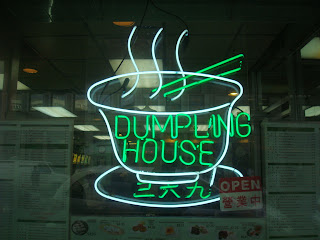 Here's another Hong Kong/NYC filming location. This one is from Peter Chan Ho-sun's wonderful 1996 romantic comedy, COMRADES, ALMOST A LOVE STORY. This location is in NYC Chinatown on Lafayette St., just south of Canal St. The eatery is called Excellent Dumpling House. The full exterior is never seen in the film, only the shot of the 'Dumpling House' neon sign that is pictured below. We also see a few interior shots in the film. This scene has Leon Lai Ming and Joe Cheung Tung-cho working in the restaurants kitchen. Up front sits Eric Tsang Chi-wai, the boyfriend of Lai's long lost love, Maggie Cheung Man-yuk. A great turning point in the film, giving the viewer butterflies. A near miss. The two lovers are so close. Will they find each other? The laws of film say, "Yup!" 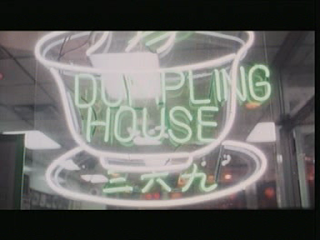 Dumpling House neon sign as seen in the film (1996) 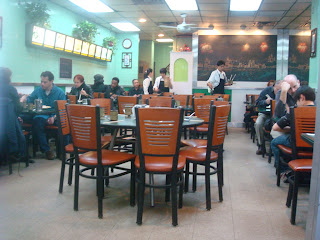 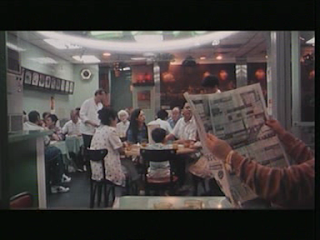 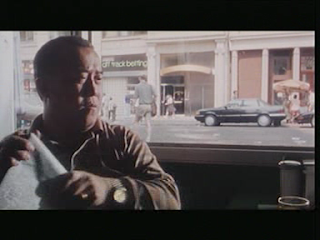 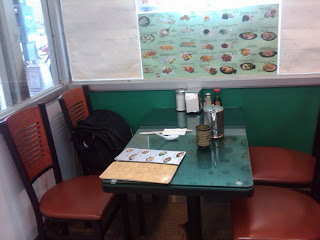 I went inside for some dinner. I asked (pointed) the 'hostess' if I could sit at the 'Eric Tsang' table. And I did. This was the same chilly ass day I went into the city and took pics and video of the 'Four Seas Restaurant' from A BETTER TOMORROW II and hit the Tribeca Film Festival to see DREAM HOME. I needed to warm up a bit so I ordered Seafood Dumpling Soup and a Shrimp Shanghai Egg Roll. Burned my tongue and the roof of my mouth eating the soup but it was delicious and hit the spot. I played with the shriveled piece of gum hanging from the roof of my mouth while I watched DREAM HOME. 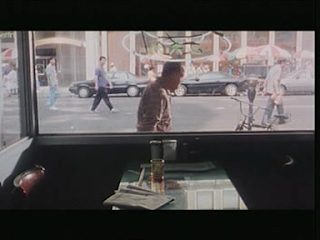 Tsang leaving his table and the 'Dumpling House' (1996)


Just in case you have not seen COMRADES, or don't remember the scene, fast forward the above video to the 13:00 mark. Watch Leon on his cool bicycle cycle through Times Square while Public Enemy blares on the soundtrack. Has he ever covered one of their songs? Maybe 'Night of the Living Baseheads?' The film then cuts to C-town and Lai and Cheung at the 'Dumpling House'. The scene ends around the 14:22 mark.
Below is a short video I took outside of the restaurant. Again, I apologize for my awful New Yawker accent. Enjoy.