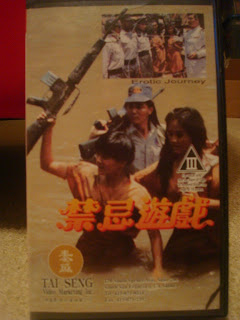 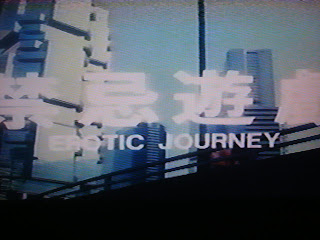 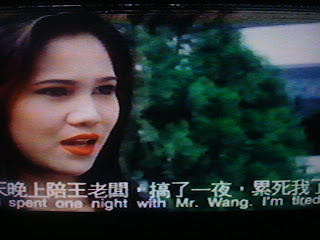 Once settled in Thailand, the three lusketeers go out on the town, trying to figure out how to score on spring break? It's Where the Girls Are '93. Harassed by a bunch of punks, three men come to their aid and start a cheesy fight scene. Noting the men's chivalry at kicking ass, the three tramps decide it's time for some sexual hijinx with these unknown dudes back at the hotel. Lot's of bangin' ensues. And this is just the beginning. 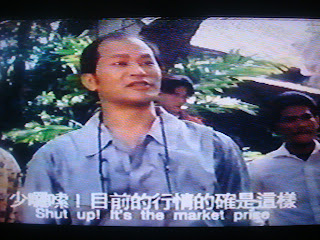 The three men they sex up are small time crooks who have a cache of drugs they want to unload. Looking to deal, they meet up with Dick Wei, a drug lord, and the deal goes sour. Chan and her friends take the fall and are immediately sent to a hell hole. Which means wagon loads of caged heat flesh on display for us! Hooray! 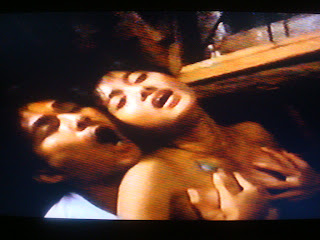 Once entered into the female internment camp, the trio kinda disappear for a while as our attentions are turned to the other lusty inmates and the sex starved prison guards. Many a female gets a prickling (ie. rape) but they really don't seem to mind at all. No one does. Benefiting the viewer. Melvin Wong Gam-san is the lecherous warden and he dresses in U.S. Naval whites, looking like Captain Stubbing!? He really isn't given much to do accept bark a few orders. But that is ok. I would rather gander at the ton of female anatomy on display then at Melvin. Wouldn't you? The above screen shot has the lovely Chan Wing-chi receiving a delivery in the rear. 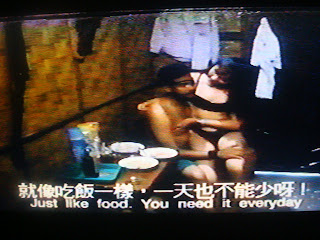 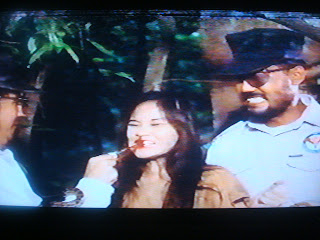 So, pretty much all of the inmates get a rumble in the jungle from the prison guards. No one appears exempt from a good ol' bang around. To balance out the ever loving sex and nakedness, some torture is also thrown in. When a few of the outcasts don't conform they are strong armed, lashed, or buried boob deep as a venomous snake makes the rounds around their upper torso. See screen shot below. In one scene a prisoner is taunted with a live snake. She proceeds in biting the head off of the snake, then spitting it in the prison guards face. That's a no-no! And it's gross. A screen shot is shown above. 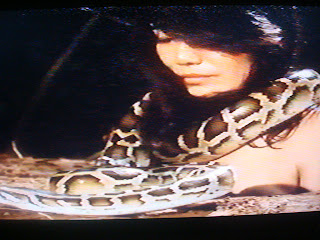 Some silliness is squished into the film as well. Some intentional, some not so much. The filmmakers and players seem to understand what they are doing and appear to have a grand old time. This is a cheap ass production but that doesn't mean it can't be done with some fun! In one scene the director seems to flash a knowing wink at the audience as one of the filthy prison guards takes his hat off and covers the camera lens just before turning his attention to his prison lady in waiting. Another 'girls are for loving' scene that takes place on the jungle floor has cut aways to stock footage of tigers on the prowl and crocs with exposed fangs ready to chomp. There is also a STAND BY ME moment as the prison chicks wade through a murky river. Once on the other side they frantically peel leeches off of their wet bodies. 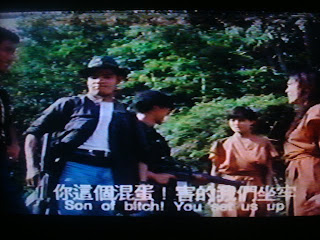 So, as mentioned, there is lots and lots and lots of Category III goodness in this one. A ton of boobies and down below, shower scenes, sex scenes on the floor, sex scenes in the tub, sex scenes in the jungle, twosomes, threesomes, two girls and a guy, two guys and a girl, a bare ass prison scrum, naked frolicking in a river, stock footage of jungle creatures, rapes, ravages, savages, a cheesy fight scene or two, some gun violence, a two minute appearance by Dick Wei, Melvin Wong Gam-san dressed up as Capt. Stubbing, and a brief appearance by a little person. Just because! And all of this in under an hour and twenty minutes! 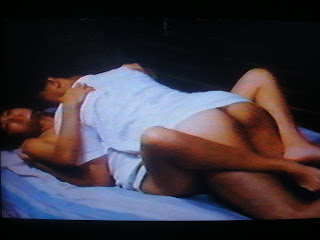