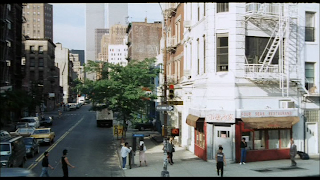 Was back in the city this past Tuesday to attend a screening of Pang Ho-cheung's DREAM HOME @ the Tribeca Film Festival. Hope to put up the pics I took of the event this coming week. But as you know i'm a lazy guy so no promises. Anyway, I took the LIRR in a bit early and headed downtown with hopes of getting some blog homework done. Lately I have been rewatching a bunch of HK films that have been made in NYC and trying to pinpoint certain filming locations. It's been kinda difficult seeing as the city landscape has changed since these films were produced. But I have had some luck. When I do see an area that looks familiar, I click on to Google Maps and ride the street view until I can see some resemblance. And so far, so good. So, my first stop was SoHo. The above pic should look familiar to fans. It's the Four Seas Restaurant. The joint owned by Chow Yun-fat in John Woo's A BETTER TOMORROW II. Below is an updated pic of the location. 23 years later. 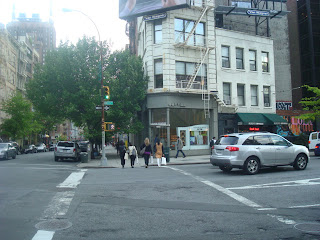 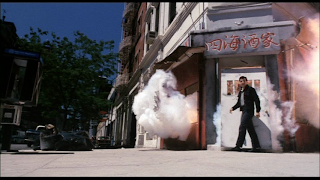 Kaboom! Those dastardly gwailo mob heavies didn't like Chow's fried rice. Too much msg? So what does any reputable central casting mobster do? Blow up the joint. Above is a closer look of the Four Seas in mid boom. An unsuspecting Billy Joel fan walks by. 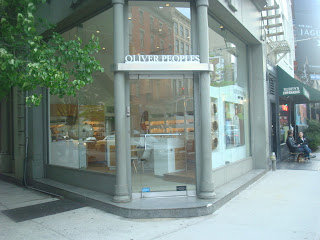 And a present day close-up. 23 years have past and now the location has turned from film set
to trendy upscale eyeglass retailer Oliver Peoples. From Chow Yun-fat to wannabe hipster douches in 2 decades. Oy vey! 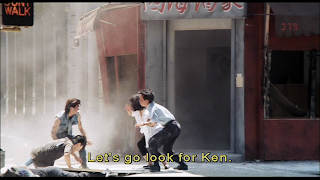 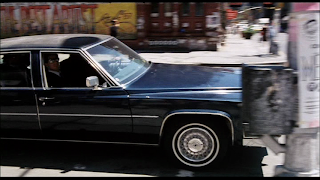 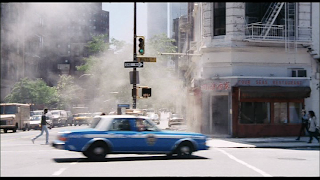 NYPD on the scene. Nothing to see here. Keep movin'.

Along with the above pics I also made a short video of the area. I hope you enjoy. My Facebook friends have seen this one already since I posted it there a few days ago. It's kinda fun doing these little video logs. I also went over to Chinatown and shot a few pics and video of locations for the film COMRADES: ALMOST A LOVE STORY. So, look for those posts in the coming weeks or months. Depending on my level of laziness.

I'm going to San Francisco for a little vacation next month and I hope to do a few video logs there as well. Along with my NYC-HK film connection homework I am also rewatching HK movies that were made in San Fran. I have already spotted a location or two in the film SAUSALITO and an area on the north side of the Golden Gate Bridge from Otto Chan Juk-tiu's GATES OF HELL. I Still have lots of work to do. While I should be out working OT or getting a second job, maybe going back to school to further my education and career, i'm instead sitting on my butt doing this crap. My family doesn't know me anymore.