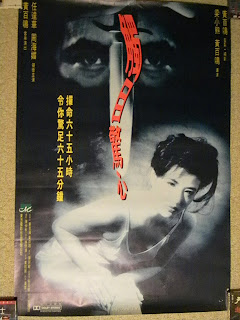 A few poster images from the disappointing 1991 Cat III flick "INSANITY". Also an old ass spoiler review I wrote for cityonfire.com. Hint: when you see me use the word 'Alas', you know the review is ancient. The film had almost all of the ingredients for an all out corker with Simon Yam as the main baddie, the underrated Kathy Chow as the nubile victim in distress, a can't miss Cat III title, and "prolific" writer/ producer Raymond Wong scribing. But all incredibly fail buoyed by a terrible scriptwriting job by Wong. "INSANITY" as a whole presents two decent (although done to death) story topics spliced together rather half assed. Either, with some development, could work well on it's own. One could develop into a spooky possession story and the other a cracking Cat III stalker/slasher flick. Raymond Wong's script as is just doesn't gel. 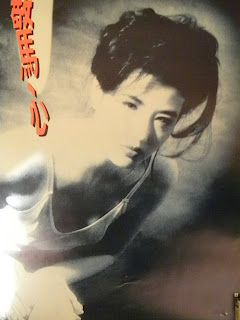 Simon Yam once again plays a loon, this time possessed by a Buddhist statue. Actually this point is only alluded to, but without would make no damn sense, so we'll go with it. The statue somehow finds itself in the New Territories- a good luck/house warming gift given to yuppie newlyweds, scriptwriter Wong and Kathy Chow, as they settle into their new digs. Fed up with the bustle of overcrowded city life, Wong and Chow feel the 'burbs is where it's at for a nice, peaceful way to spend their days. Maybe raise a family, buy some goldfish. They couldn't be more wrong. Upon arrival, obvious foreshadowing and horror contrivances are abundant. Yam soon show's up out of the freakin' blue, masquerading as a police officer. This facade is soon dropped and weirdo Yam begins to terrorize Chow. Of course she is home alone, in a brand new housing development that only has a handful of tenants. Will anyone hear her scream? Not bloody likely! Insane boy Yam is supposedly there for the statue but spends the majority of his time preoccupied with nubile Chow. Yam's insatiable fever for her is brought on by his whore of a wife who threatened to leave his crazy ass earlier in the evening. Yam "took care" of that headache and now his face is all over the nightly news. His time is limited so Yam must act fast. 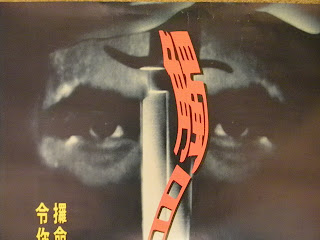 A few questions here. First, How the hell does Yam know they have the statue? Once he get's the creepy charm, what is he going to do with it? What's more, for a Buddhist good luck token, why the hell is it possessing people with evil spirits? Scriptwriter Wong obviously forgot to script these parts. He did do one thing right though. He had Yam dispatch his worthless ass 25 minutes in. Now it's Yam and Chow left to flounder for the remainder. 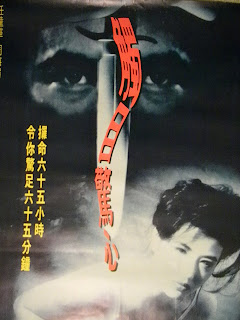 The debauchery for the rest of the running time includes a dead pooch, decapitation by clothesline, and Yam just acting goofy. Bloodletting and awkwardness aside, "INSANITY" lacks cohesiveness. Too many questions are asked but are left without an answer. Thus my earlier claim for two separate films. The proceedings could have been thought out properly and not smashed together for a quick buck. The films length is quite short, clocking in at 75 minutes-though sometimes feeling like 90+. Containing some of the Cat III genre sensibilities, the actual Cat III rating alludes to the minimal gore (no T&A for you pervs) and seems out of place. My only guess is that the film stars genre prince Simon Yam and was produced during the high water mark of the genre?

INSANITY is a rather disappointing thriller with bad writing and no style in it's direction. Director Tony Leung Siu-hung, who served as action director on classics like SEX AND ZEN and TWIN DRAGONS, gives his all, but comes up short trying to give the audience the cliches they expect in a Cat III film. Alas, it's Raymond Wong's awful script that fails everybody, including us.