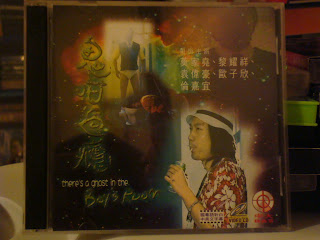 Great! And I just had Indian take-out! Though I have yet to venture into this boy's room I have always loved the title of this film. Released by B&S Limited (I believe B&S may stand for 'Bull' and 'Shit' because that's seems to be what 99% of their films are full of)), a low budget production house who have released some poo nuggets with titles like "PIZZA EXPRESS" (which I have the misfortune of owning and seeing) and "CRAZY FOR PIG BONE IN POT". I have had pig bone in a pot and though quite delicious I don't see anyone going crazy for it. While the vast majority of B&S Limited's output is low budget garbage (they have produced half of the "TROUBLESOME NIGHT" series. 'Nuff said.) they have made a handful of fairly entertaining films including two Sammo Hung projects "THE PALE SKY" and "HIDDEN ENFORCERS". But let's be honest. Though starring Hung, both movies aren't anything to write home about. I do actually recommend seeking out a good little movie from B&S, Takkie Yeung's 1998 crime film "A KILLER'S EXPIRY DATE". The film stars Wayne Lai and Eddie Ko. It really doesn't tread much new ground in the crime genre and also tends to be a tad artsy fartsy, but this pretense is tolerable and what set's it apart from the usual B&S toilet paper.

Email ThisBlogThis!Share to TwitterShare to FacebookShare to Pinterest
Labels: HK movie junk, There's a Ghost in the Boy's Room