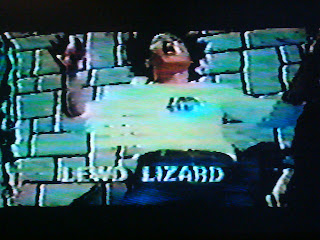 Back in December I wrote a post briefly recounting my days with gray market VHS from various mail order companies. I went back and viewed some of these diamonds in the rough that I haven't seen since before the days of the internet. Below is an old review of "LEWD LIZARD aka CHONG" I wrote for cityonfire.com. This crazy-fun flick was written, directed by and also starred veteran actor Wai Wang. This guy clearly had issues. Accompanying the review are a few screen shots of the crap ass SLP VHS that I paid $25 bucks for over a dozen years ago. I could upgrade to a gray market DVD of the film but two wrongs doesn't make a right. Enjoy.

David leaves his girlfriend behind to study abroad. They both proclaim their undying love for one another and his girlfriend promises to wait for him. But being the savvy cinematic folk all of us are, we know better. Upon returning to HK, David finds his girlfriend has married someone else! Betrayed, Davey-boy goes a bit nuts. He seeks revenge on his ex, her new beau, and the beau's gang. For no other reason than plot device, David hoofs it to the sea shore to recount his recent maladies. There he finds lizards and a budding scheme. 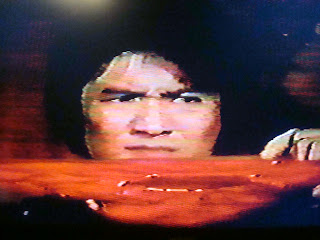 He begins to frequent ho-houses but not for companionship. A whiff of a hooker's undercarriage undergarment sets his plan forward. David then befriends a female at a seaside resort who helps him steal panties from unsuspecting females in changing booths. A great excuse for some t&a. Now David turns into a mad scientist (this must have been his field of study overseas). He mixes the 'essence' of the dirty panties with venom from various reptiles. He then injects the results into lizards, thus creating... Lewd Lizards!!! David begins to mete out punishment, via lizard, to his wrong doers. Shoving them where the sun seldom shines and watching his victims writhe in ecstasy...then agony. 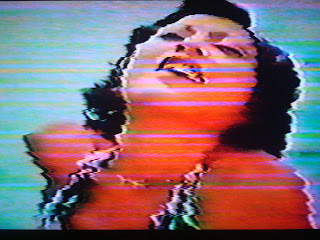