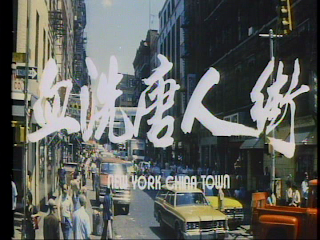 Ok, so I figured that since I live in New York and visit the city enough, I would try and take you folks on a tour, so to speak, on some locations featured in a few Hong Kong productions that have filmed in New York City. First up is the 1982 crime/drama NEW YORK, CHINATOWN, directed by Stanley Siu Wing and starring Melvin Wong Gam-san, Alan Tang Kwong-wing, Maria Chung Wai-bing and a very early appearance by Don "The Dragon" Wilson. The film is part of a two disc double feature put out by BCI's Kung Fu Theater. The second disc contains MASTER OF DISASTER aka NEW KIDS IN TOWN aka NEW KILLERS IN TOWN. The transfer is pretty nice and what you would expect a 1982 Hong Kong pic to look like. It's a pretty standard crime flick with tough guys, dirty cops, bumbling small potatoes, hokey acting, questionable filmmaking, and amusingly bad subtitles. I tried my best (remember i'm a lazy body) to match the screen shots with pictures I have taken of the locale. Most of the location pics were taken before I thought about doing this so the pictures don't exactly match the location perfectly. But who cares? It's still pretty cool to compare NEW YORK, CHINATOWN circa 1982 with New York, Chinatown circa 2010. 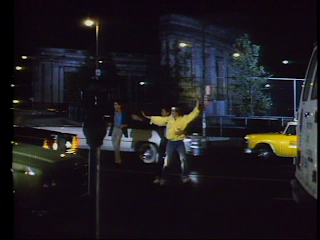 Some Chinatown punks crossing Bowery. The Manhattan Bridge entrance/exit in the background. This is just south of Canal Street. Check out that Yellow Cab on the right! 1982 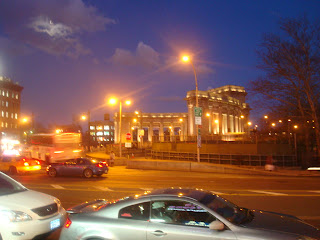 Here is the same location as the previous pic. 2010 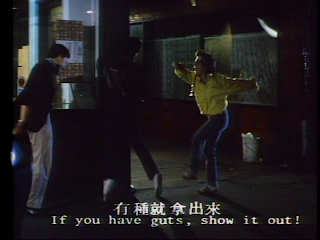 The same 3 punks from the earlier pic. They made there way across Bowery and are now loitering in front of a restaurant. The guy in the middle is pretending to take a whizz which prompts the chick in yellow to utter that awful subtitle. 1982 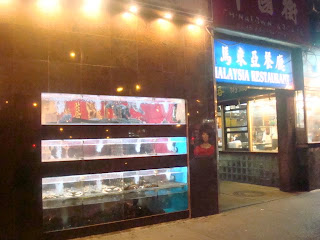 The same location. Decidedly different. The restaurant is still there but i'm not sure if it is the exact same establishment. Today, the restaurant goes by the name of Sunshine 27. It has a much different facade incorporating a bunch of fish tanks into it's decor. 2010 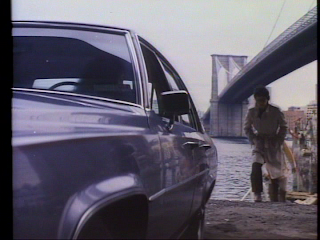 Dirty Chinatown Dai lo Melvin Wong walking toward his car after viewing his brothers dead body below the Brooklyn Bridge. Manhattan side. 1982 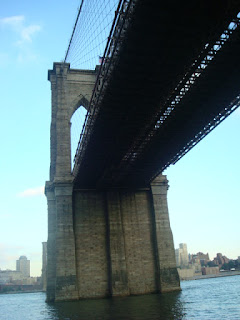 Obviously this pic is slightly different than the long shot featured in the screen cap. This pic might have been taken from where my main man Melvin was standing? 2010 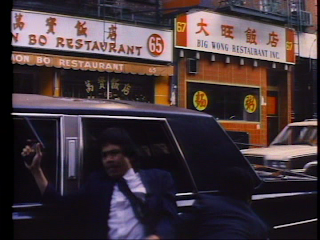 Pretty cool little shootout on Mott Street. On the far side of the street, to the right, is my favorite C-town eatery Big Wong's. Note the sign. Before..... 1982 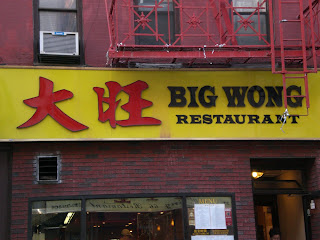 And after. The 2010 Big Wong sign is, well, big and yellow. The facade is different as well. Going from a red tile finish to a nicer and more city friendly brick. 2010 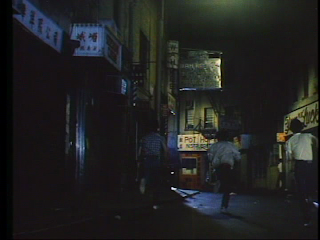 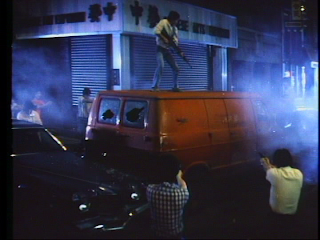 This pic and the one above it are of the same location. This pic is the beginning of the final shootout. It's on the corner of Doyers Street and and Pell Street. 1982 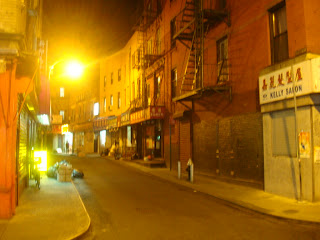 The same intersecion of Doyers and Pell. 2010 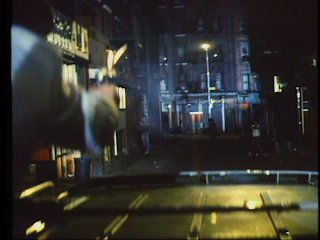 I'll have to look at the film again but I believe this might be a pic of Don "The Dragon" Wilson riding the roof of a station wagon with gun-a-blazing down Pell street towards Mott Street. 1982 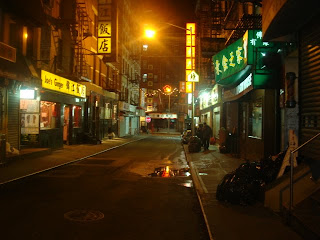 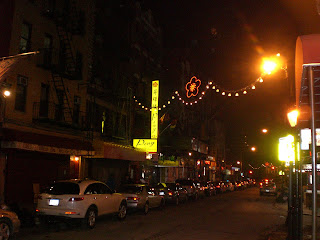 Finally this is the view from Mott Street looking southward toward the Chatham Square and Worth Street intersection. 2010 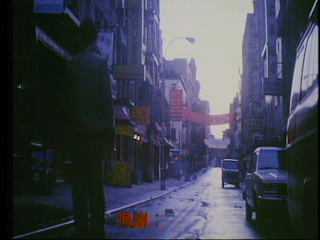 
Hopefully in the future I will get to do this again. There have been a dozen or so HK productions filmed in and around New York City. The other films I have planned are TAKING MANHATTAN, MANHATTAN MIDNIGHT, TONGS, THE IMMIGRANT POLICEMAN, FULL MOON IN NEW YORK, and FAREWELL CHINA. I'm probably missing a few. Any others?

I'm also toying with portraying a few San Francisco based HK flicks since I was there two years ago and i'm heading back this summer. SAUSALITO immediatley springs to mind along with Otto Chan's awesome GATES OF HELL. Where did THE WESLEY'S MYSTERIOUS FILE take place? Was it San Francisco? Was it shot on location? Am I missing other films?
Posted by Kingwho? at Friday, January 29, 2010