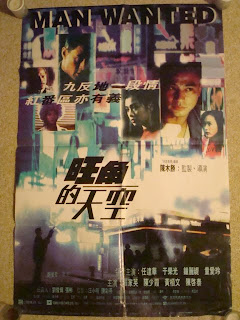 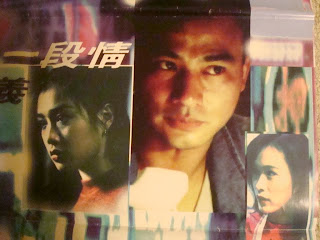 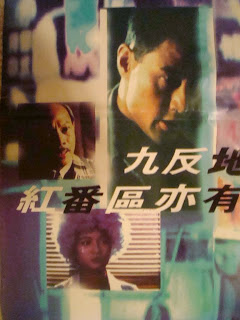 Poster images from the rather underrated 1995 action drama MAN WANTED starring the ubiquitous Simon Yam, Yu Rong-guang, Christy Chung, and Law Kar-ying. The film spawned two unrelated sequels, THOSE WERE THE DAYS: MAN WANTED 2 in 1996 and MAN WANTED 3 in 2000. I'm not quite sure how or why all 3 are related (though Cherie Chan and Law Kar-ying are in parts 1 and 2, they play different characters. Simon Yam is back in part 3 but also plays a different part) but I admire them all just the same. While the first is more of an action pic HK cinema fans are used to seeing the second film is less an action pic and more of a HK ghost story headlined by Louis Koo. In the third, Simon returns, and though not totally void of action is a bit more drama oriented. Danny Lee also shows up for a few seconds so things can't be all that bad. Right?