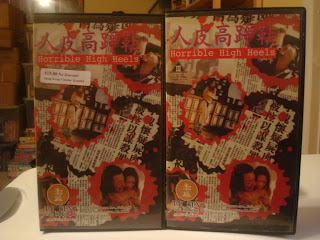 You can never have too many copies of HORRIBLE HIGH HEELS on hand. Below you will find an ancient review I did for cityonfire.com. The 1996 Category III roughie HORRIBLE HIGH HEELS is a film to behold and cherish. It really is. The film is chock full of sick and trashy elements not limited to the bangin' of a goose and some 'water sports'. This Cat III masterpiece took no less than three, count 'em, 1-2-3 directors to complete. Rumor has it that this was the inspiration for the 2007 crime film TRIANGLE. Hark, Lam, and To were such big fans of HORRIBLE HIGH HEELS that they decided to join foces to make a similar pic. At least that's what some random asian dude told me. We were sitting in the bathroom of a Chinese food joint around Chatham Square. He was in the stall next to me and as his foot so gently brushed against mine under the stall, he layed that yarn on me. Now, a story like that just HAS to be true! The film sometimes looks to be 3 seperate stories thinly connected by an actor or two. If this is a cut and paste production it's well done. And did I mention that some dude bangs a goose! Classic! 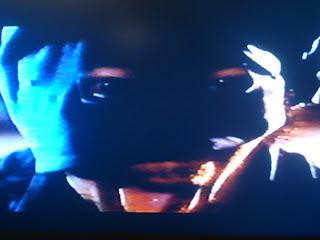 If you can make it through the opening credits, set in a slaughterhouse where a real cow is slaughtered (slicing, dicing, chainsawing, blood) you'll be just fine. This low budget Category III roughie concerns an extended family of down on their luck shoemakers. When the patriarch disappears, a twisted cobbler surfaces hawking a new type of leather that will turn their woes into $$$$. 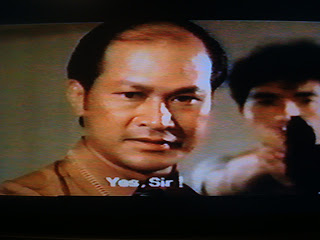 Turns out their new fabric isn't leather at all...but....HUMAN SKIN!!!...AAGGGGHHHH!!! Creative scenes and great camera work elevate HORRIBLE HIGH HEELS above most CAT III fare. The films supporting stars are Dick Wei playing a cop and Shing Fui-on playing a triad, respectively. Billy Chow also briefly appears but bites it fairly quick. The rest of the cast are well worn players. If HK cinema is old hat to you the faces will be recognizable. Most notably Lam Chak-ming and Suen Tong. 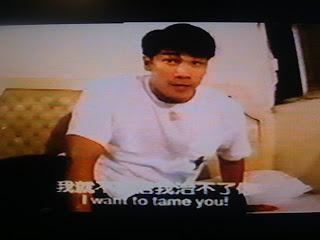 While not wholly successful in it's telling, the trademarks that inhabit good Cat. III films are. The rape scenes are rough and twisted. The actresses attire seem to be peeled off as easy as a banana and characters spit out gems like "what a ferocious woman! I want to tame you"! There is enough skin and nastiness on display to satisfy the pervs and those looking for some gun-play, there is a way out of place explosive ending that's kinda cheesy but welcome. The film sports questionable directing, editing, and acting. A triumvirate of crapiness that most films can't outrun. But HORRIBLE HIGH HEELS manages to do so with ease. Ed Wood type laughs include Lam Chak-ming backing up and knocking into a bicycle before an edit and him reacting a second or two too early as he is attacked from behind. Laugh out loud funy stuff. All of this makes for fantastic garbage cinema. 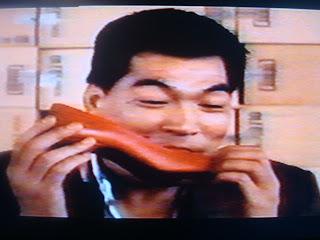 With it's title, premise, and warped scenes of depravity, HORRIBLE HIGH HEELS status as a classic cult film seems secure.